Working Toward a Safer Upstate for Everyone 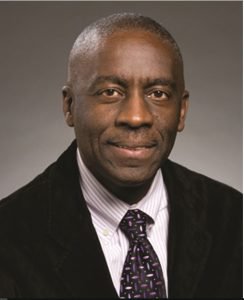 Terence Roberts, Mayor of Anderson and Chair of Ten at the Top

by Terence Roberts, Mayor of Anderson and Chair of Ten at the Top

I was born in 1959 and was the oldest son of William and Linda Roberts. They were black educators at Westside High school in Anderson. As a little black boy growing up in the segregated south, I have vague memories of watching on television the civil rights protests, Vietnam War, the assassinations of Dr. Martin Luther King Jr and John F. Kennedy. So for me there were moments that I could sense my parents’ uncertainty about the future.

Although we have come so far in the last sixty years, our country continues to struggle with the issue of safety.  We all want to live in communities that are safe and vibrant.  We still have many neighborhoods in the Upstate in which this is not the case. Over the last few months I have often wondered what will be the vague memories of my grandchildren.

I believe it is time to speak up. If deeply cherished values are not to degenerate beyond all recall, apathy must cease. People are aware, of course, that harmful changes are taking place in our society both in attitudes and values. But nobody wants to talk about it. We see the greed and materialism going on in so many aspects of our daily lives and we say nothing. We hear about and see on television the extreme violence and protests that are taking place in large cities and in our small towns. The public outcry in the Upstate will continue unless we take immediate action.

It is time for us to stand up for what we believe in. This is a local issue. I have proposed that Ten at the Top should convene a regional exploratory committee consisting of local government leaders, law enforcement officials, community & business leaders as well as members of our faith community to discuss opportunities to create a united Upstate region where all stakeholders work collaboratively to ensure that we foster a culture that respects and values the lives of our law enforcement officers and all residents. This committee will ask questions, look at best practices and seek guidance. Then my hope is that we form core beliefs and stick to them. Of course, we all must be open for compromise, but remember the old saying, “if you don’t stand for something, you’ll fall for anything.”

There is an anonymous folk saying which goes, “We ain’t what we want to be, we ain’t what we’re gonna be, but thank God we ain’t what we was.” None of us can have the luxury of stopping and sitting down where we are as if our work on this earth is done. We must learn from our past mistakes and press on to greater achievements. In these uncertain times, we must strive to be able to move through pain, anger, doubt, and fear without missing a step!