Disc golf enthusiasts in the Upstate have no shortage of options to choose from in order to enjoy the sport that has been growing in popularity since the 1970s. As far back as the 1920s, people have been throwing discs at targets in a golf-like game, but it wasn’t until the late 1960s, when a California parks and recreation supervisor petitioned Wham-O, the makers of the Frisbee, to supply discs for a tournament, that the seeds of the sport were planted. 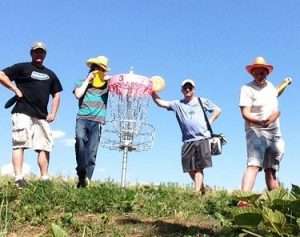 Forty years later, there are thousands of courses across the U.S., and hundreds more in locations all over the world, including one in Mongolia and another in Togo, West Africa. The discs have developed over the years, evolving from the Frisbees that are thrown in parks and at the beach to smaller, heavier discs that have variations in shape and weight for different kinds of throwing—but with many free courses and minimal equipment investment, disc golf is a sport that can easily be enjoyed by almost anyone.

Here in the Upstate, there are plenty of options for enthusiasts. There are courses and clubs for players of all levels, with the Grand Central Station course in Central being described as the longest and most difficult course in the Upstate. The Upstate Disc Club has involvement at seven courses and nearly 650 members on their Facebook page. The 27-hole Holston Creek course in Inman is the newest course in the region. “It being new and tournament quality, that’s my new favorite,” says Woodruff disc golfer Glenn Riser. “But I also love the Tyger River disc golf course in Reidville and the Pipeline off Canaan [Road] in Spartanburg.”

In addition to the many public courses available, colleges and universities in the region also have courses for intramural teams and recreational play: Furman University in Greenville, USC Upstate in Spartanburg, Clemson (though not officially sanctioned by the university) as well as the Clemson University Outdoor Lab in Pendleton, Wofford College in Spartanburg, Erskine College in Due West, and Lander University in Greenwood.

No matter where you live in the Upstate, a course is bound to be close by. If you’re already an enthusiast, challenge yourself with a new course, or get started on a course near home. In addition to the courses already mentioned, here are some other Upstate courses: 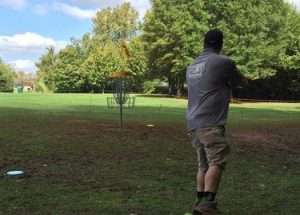 Holmes Park at Holly Street and Mayfair Lane in Greenville 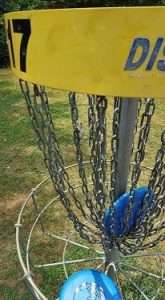 Sertoma Field off of North Catherine Street/Pickens Hwy in Walhalla

The Pipeline at 551 Old Canaan Road in Spartanburg