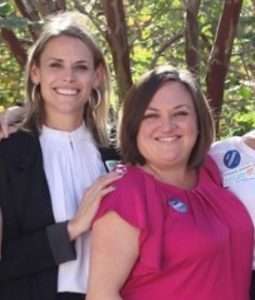 In the summer of 1787, our Founding Fathers came together to create the Constitution that our government is based on. In Article I, Section 2, they stipulated that a Census occurs every 10 years to reapportion federal representatives between the states. Since 1790, we have abided by this requirement.

As the years have progressed, funding from the federal government has been determined by the numbers from the Census. In fiscal year 2015, the Census drove over $11.7 billion back to the state of South Carolina from the federal government—that’s about $2,600 per person to support various assistance programs such as law enforcement, social services, public health, housing, and community development.

And in 2020, the Census decides how $800 billion dollars is distributed to towns and cities like ours here in the Upstate. If just 100 people in your area don’t participate, your schools, roads, and hospitals lose nearly $3 million dollars over the next 10 years.

In fact, we’re seeing the Census Count inform federal funding to our state in real time.

Census data is being used right now to determine the amount of relief received to support COVID-19 efforts and aid to support natural disasters like the tornadoes that hit earlier this year.

And if you need one more reason to amplify just how important the count of all the people in this country is every ten years…the Census is about REPRESENTATION. Census data is used to draw lines for U.S. House of Representatives, SC State House, and municipal government seats.

Filling out this brief survey is a way to ensure your place in history is marked, a critical need for many of our communities of color.

There is still time to complete your Census.

The 2020 Census launched on March 12, 2020 with the opportunity to complete this brief survey online and by phone for the first time in history. And with the current health crisis the self-response deadline has been extended to October 31st, giving us more time to get South Carolina counted in new and creative ways.

As of June 8th, SC is ranked 40th in the nation for census response—just below Texas. The top ten ranked counties in the state include Anderson in fifth place at 62.2%, Greenville in sixth place at 62.1%, and Spartanburg in ninth place at 60.2%. We can and must get every resident counted to ensure our state has the resources we need for the next 10 years.

Getting a complete count in SC is key to advancing equity in our state.

So how do we do this?

We live in a region that is rich with diversity. As such, the bulk of our efforts lie in helping our Hard-to-Count communities to complete the Census. HTC communities are defined as historically undercounted and underrepresented groups of people such as racial and ethnic minorities, millennials, young and mobile individuals, families with young children, and rural communities. Click here for an interactive Hard to Count Map.

We collaborate with our incredible community partners. The best way to get accurate information out about the importance of completing the Census is through trusted messengers and compelling collateral.

How can you help? Join the National Day of Action on June 17th.

Lt. Governor Pamela Evette has challenged each county to get 200 households to complete the Census, for a total of 10,000 households across SC—that’s a 2% increase across the state.