Sure, the Woodstock 50th anniversary festival may have been cancelled, but we have our own three-day camping music 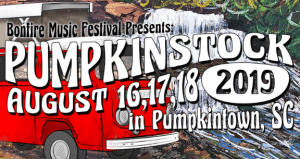 festival right here in the Upstate this weekend! Since we’re in the mountains, the music has a distinctly grassy flavor, covering a wide range of music that falls into the Americana genre.

Pumpkinstock is the brain child of long-time music festival promoter Pat Mulkey, and although the idea for this festival came because he wanted to commemorate the 50th anniversary of Woodstock—particularly with the on again, off again, and now definitely off again roller coaster ride of the big anniversary show in New York—he’s calling this the inaugural event, hoping to do it annually. 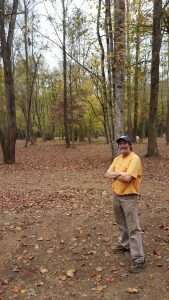 The festival is hosted by Mulkey’s Bonfire Music Fest, a campground in Pumpkintown that was developed especially for camping music festivals, with both RV sites and tent sites. This will be the second festival held on the property, after a very soggy one a couple of years ago where it rained all weekend. The forecast for this weekend is much more favorable for an outdoor music festival—and even if it’s a little hot, festival goers are welcome to cool off in the river on the property (but no glass in or near the river, please!).

Three-day tent or RV passes as well as single-day passes (no single-day camping) can be purchased online. There are no hookups for RVs, but you can bring a generator, and there are plenty of Port-a-Johns around the camp sites. The festival is kid- and pet-friendly (with a $10 pet fee that will be donated to the Pickens County Humane Society), and campers can bring their own food and drinks or buy meals and beer and wine from food trucks that will be onsite.

Gates open to campers at 10:00 a.m. on Friday, with music getting underway at 4:00 p.m. until right before midnight. Saturday’s lineup starts playing at noon, and on Sunday the music starts goes from 1:00 to 7:00 p.m.

The Grass is Dead, a bluegrass Grateful Dead cover band led by Billy Gilmore, is the host band for the festival, and the West End String Band is “the official campground band.” 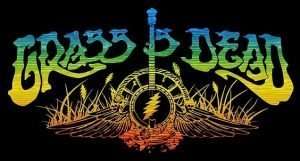 Songs from the Road Band, a folky, grassy band

Fresh Hops, which features a fiddle, but also some funky fusion and just plain fun

The Complete Music Lineup for Pumpkinstock:

The Grass Is Dead

My Girl My Whiskey and Me 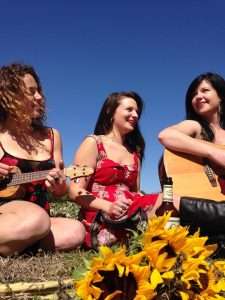 Billy Gilmore and Grass Is Dead 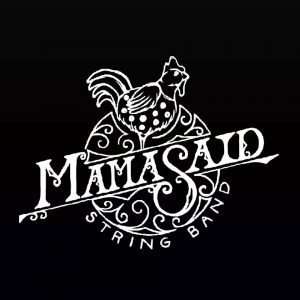 Songs from the Road Jam

The Grass is Dead’s Goodbye Jam

Pickin’ at the Fire

This schedule is subject to change, but regardless of what the lineup looks like, a good time will be had by all.