Throughout its over-300-year-history, South Carolina has been impacted by the contributions of African Americans. With around 50 Upstate properties associated with that history listed in the National Register of Historic Places or recognized with South Carolina Historical Markers, one does not have to go far to experience firsthand a wealth of buildings, structures, and sites that document the state’s African American heritage. Although there are too many to note all of them, several stand out, allowing area residents to begin to more fully understand and appreciate the contributions of African Americans to the rich history of our state. From slavery to freedom and from segregation to equal rights and beyond, these historic places remind us of the courage, endurance, and achievements of black South Carolinians. 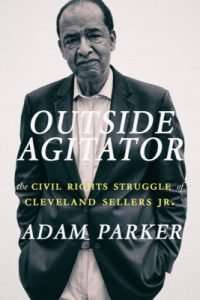 Spartanburg-based Hub City Press published Outside Agitator last year, a biography of Cleveland Sellers. Sellers, who was scapegoated and did prison time in the aftermath of a horrific event called the “Orangeburg Massacre,” was later exonerated and went on to be and outstanding educator in addition to continuing his activism. He served as the director of African American studies at the University of South Carolina before going on to be the president of Voorhees College, one of ten HBCUs (historically Black colleges and universities) in South Carolina.

The Lynching of Willie Earle

On the night of February 15, 1947, white cab driver Thomas W. Brown was found mortally wounded beside his cab in Pickens County. Earle, a young black man, was thought to be Brown’s last passenger, and he was arrested near Liberty on February 16, accused of assault and robbery, and held in the Pickens County Jail.

Early on February 17, 1947 things turned violent as a white mob forced the jailer to surrender Earle. The group drove Earle back to Greenville, lynched him, and left his body on Bramlett Rd. Tragically, Earle died later that day. The lynching was the last recorded in South Carolina and one of the last in the South.

A trial that included 31 men took place in the Greenville County Courthouse from May 12-21, 1947. Although 26 of the men admitted being part of the mob, an all-white jury acquitted all defendants. The national outrage that followed led to new federal civil rights policies. (A historical marker is located at Old Easley Road and Bramlett Road in Greenville County.)

referred to as the city’s most famous and distinguished son. A monumental figure in American history, Mays was an advisor to Presidents Kennedy, Johnson, and Carter. Mays’ close friendship with Dr. Martin Luther King, Jr. started when King was a student at Morehouse College, Mays even influenced King to enter the ministry. Mays had wanted King to deliver the eulogy at his funeral, but fate intervened. On April 9, 1968, Dr. Mays gave the eulogy at Dr. King’s funeral, electrifying the nation and the world by his passionate and thought-provoking speech. (Note: Tours of the Mays House Museum are by appointment only.)

On January 28, 1963, Clemson University became the first white college in South Carolina to integrate. Harvey B. Gantt, a Charleston native wanting to study architecture, had applied for admission in 1961. But when Clemson delayed admitting him, he sued in federal court in the summer of 1962.

President Robert C. Edwards, meanwhile, worked behind the scenes to make plans for Gantt’s eventual enrollment. Edwards and several leading businessmen, politicians, and others drew up an elaborate plan. Described as “a conspiracy for peace,” the move was designed to ensure that Gantt would enter Clemson without the protests that marked the integration of other Southern universities.

After a federal court ruled that Clemson should admit him, Gantt enrolled without without riots, violence, the presence of federal marshals, protests, or acts of defiance by students, government leaders, or anyone else. For the era, this was an amazing feat—one that was called “integration with dignity” by the Saturday Evening Post and one that has often been called Clemson’s finest hour. Gantt graduated with honors in 1965. (A historical marker is located near Tillman Hill on the Clemson University campus.)

African American Historical Places and Markers in the Upstate

A complete list of African American Historical Places and Markers in the Upstate can be found on the South Carolina Department of History and Archives website. The guides are located in the right column, organized by county. Please note that most of these historic places are on private property and not open to the public.