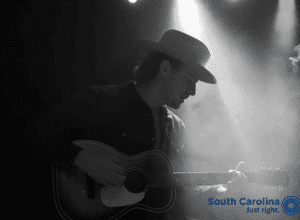 Back by popular demand after a sold out show last time in Abbeville. Clay Page is back with his full band and special guest Parker Ford. Page’s music has been described as backwoods, southern sounds in a wave of new, traditional country music. After playing music for close to a decade, Clay has 2 studio albums/EPs: "Out in the Woods” and "Southbound" with a new single releasing soon. From 2014-2016, Clay not only composed his own lyrics and music but… 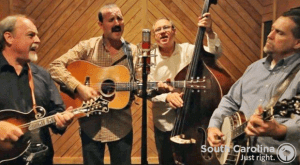 Iron Horse returns and this time, they are adding a little bit of winter magic into their performance. The skill and ability of Iron Horse to transpose metal to bluegrass while maintaining the identity of the originals is exceptional. Iron Horse is back to perform your classic and hard rock favorites done bluegrass style along with some original and classic holiday favorites.

Evening in the Round featuring Linda Davis

Three of Nashville's most talented singer/songwriters will grace the Abbeville Opera House stage for an intimate night of acoustic music, starring GRAMMY award winner Linda Davis and hit songwriters Lang Scott and Bill Whyte. You may know Linda from her smash hit duet with Reba McIntyre - "Does He Love You." - or from her regular appearances at the Grand Ole Opry! This Evening in the Round is a night of country music that you don't want to miss.