There are nine towns across the Upstate that have Main Street associations, which exist to encourage economic development as well as historic preservation of downtowns. Those associations, working in tandem with local Chambers of Commerce and their city officials, have worked hard to support their downtown businesses during the shutdown and as things have begun to open up. We asked them to tell us about some specific ways that their businesses have engaged the community, supported each other, and have been successful in spite of the tremendous hardship of the pandemic.

We shared stories from Central, Walhalla, Laurens, and Greenwood in an earlier post; here are responses from four other towns. 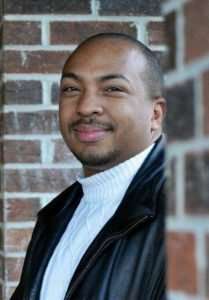 Like towns and municipalities across the county, Williamston has had to adjust during the outbreak of COVID-19.  Despite all of this, we have had some success with businesses opening and moving forward. One new business is the OGP Smoke shop.  This retailer sells tobacco products, vape products, cigars, and essential oils. They opened up during the height of the shut down during April 2020.  The owners say they have thrived and are building a loyal customer base. Another business that has opened is Home & Heart Design and Boutique.  This business sells one-of-a-kind crafts for the home and boutique clothing. Opening on May 30th, this business has a loyal following and is primed to be successful.

The greatest success story comes from a business that opened up just days before the economy shut down. Bee Clean LLC opened The Hive Car Wash on March 3, 2020. The owner, Remar Rucker, already had his pressure washing business, Bee Clean LLC. Now it has a permanent location. During the shutdown, business was slow.  The world was also shifting with the video of the death of George Floyd being seeing in every news cycle. A local cemetery in Powdersville was vandalized in June. Mr. Rucker went out voluntarily, without being asked and for free cleaned all the graffiti off the grave markers with his pressure washing equipment. He did not charge for the service but stated that he did this from the heart.  This simple act of kindness has led to a boom in his business—a boom with which he is having difficulty keeping up. Mr. Rucker is a one-man show, but now he is looking at hiring to keep up with the demand for his services. 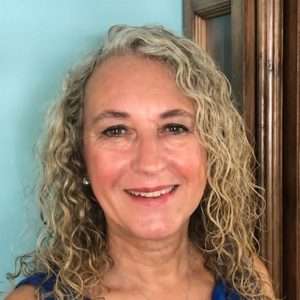 Main Street Clinton went forward with our postponed date of Rhythm on the Rails this past weekend and it was a huge success. My team and I took precautions by expanding the footprint of our event, double spacing vendors, moving BBQ competitors to a park and adding sanitation stations throughout the event. We also added tables and chairs to our stage area to help with social distancing. We had team members on site cleaning travels and chairs as people moved from place to place. There was signage everywhere reminding people to social distance as well as inspection of food vendors each day.

The community followed the rules and were very appreciative that we held the event. 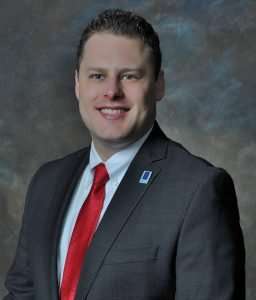 Our Chamber of Commerce held its Second Annual Taste INN: A Community Dinner Down Main Street on May 21st. This event closes Main Street for a community dinner that highlights our restaurants. Each guest went around to each restaurant booth to sample their dish and vote on which one they liked best. We had a DJ to fill the streets with music and is was sponsored by the City of Fountain Inn, SC Representative Mark Willis, and SC Senator Ross Turner.

One of our biggest success stories, unrelated to the pandemic, is the opening of a downtown splash pad at the end of the summer last year. Leadership Golden Strip, which is a joint venture between the Fountain Inn and Simpsonville Chambers of Commerce, raised private funds to construct a splash pad on a city-owned parking lot right in the heart of downtown. A few parking spots had to be removed for it to be installed and the entire parking lot was shut down during construction. Parking is at a premium in downtown Fountain Inn, and a lot of businesses were concerned about losing valuable parking spaces. However, once the splash pad opened, we saw a tremendous increase in visitors to our downtown from people from all over the region who would not normally have been coming to downtown Fountain Inn, especially during the day during the middle of the week. 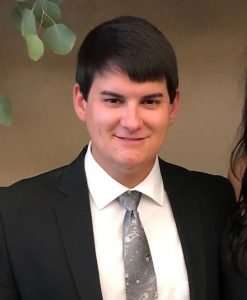 Just like other small towns across the country, Downtown Gaffney was faced with shutdowns due to COVID-19. The Main Street office partnered with the Visitor’s Center in Gaffney and became the city’s information center for closings/altered hours of city businesses.

We worked tirelessly on calling around to all restaurants and businesses that pay hospitality tax to get a list of their new hours, curbside, delivery, and pick-up options. We then created a list on our City website with all of these businesses so that the public knew who was open and how citizens could support their local establishments.

The biggest adjustment that many of our downtown businesses had to make was creating a social media presence where, in some cases, no presence existed before the pandemic. Some of our downtown businesses struggled once the doors were closed because they offered no alternative business strategy other than face-to-face sales. We worked with many business owners to help establish a Facebook business page so they could update their menus, hours, curbside pick-up options, etc., to help keep their businesses operating.

Despite the hardships caused by COVID-19, many of our businesses fought hard to stay open and did not give up. They rallied around each other and worked together to help promote all businesses on Main Street. I am proud of how downtown Gaffney came together during this pandemic and I am especially proud of their resiliency moving forward and adjusting to this “new normal” we are all experiencing today.