Historic District Puts History on Every Street of One Upstate Town

One Upstate town is situated completely within a National Historical District, so history—literally speaking—can be found on each one of its streets.

Located in the northwest corner of the Upstate, the Pendleton Historic District covers an area of over 6,300 acres and includes the entire town of Pendleton, its immediate surroundings and a large tract of land that stretches west towards Lake Hartwell. One of the largest historical districts in the nation, it was listed on the National Register of Historic Places in 1970.

In all, the Pendleton Historical District includes more than a dozen historic sites, and over 50 buildings of eighteenth- and nineteenth-century significance remain, the majority of which are within the town limits of Pendleton. 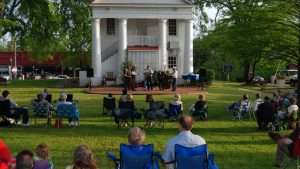 The Village Green is used for a variety of community events.

A community of approximately 3000 residents, Pendleton remains relatively unchanged from when it was first laid out as the county seat of what was originally known as Old Pendleton District (present-day Anderson, Oconee and Pickens Counties) in 1790.

In the center of town, the charming Village Green, surrounded by a lively business district of shops and restaurants, serves as the focal point. Dogwoods line many streets, and massive cedars and oaks are dominant throughout the area.

On one corner of the Green is Hunter’s Store, the heart of commerce in 1850 and now home to the Lake Hartwell 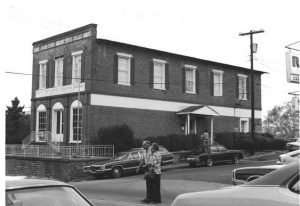 Country visitors center. The commission, which serves a three-county region, houses a visitor information center as well as the largest collection of local history and genealogy north of the city of Columbia.

In 1826, construction began on Farmers’ Hall, which stands on the southwest corner of the Green. It was initially designed to serve as the then Pendleton District’s courthouse, but the county seat was moved before the building was completed.

Local farmers completed construction of the building as the Farmer’s Society Meeting Hall in 1828, and it has been in use by the organization ever since, making it the oldest continuously operating Farmer’s Hall in the nation. The historic building also features a restaurant – 1826 On The Green. 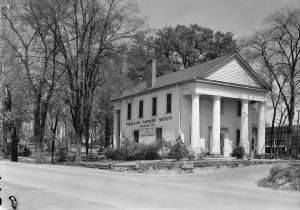 Events are held on the Green throughout the year, the most notable of which is the annual Historic Pendleton Spring Jubilee. Held the first full weekend in April, the Jubilee—which has become a sort of rite of spring—is an award-winning, juried art and crafts show that attracts thousands of visitors each year.  According to event organizers, over 300 artisans vie for each of the 100 coveted spaces. 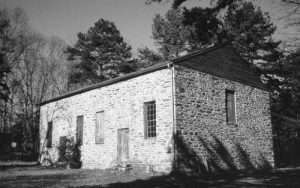 Located just outside Pendleton, the Old Stone Church and Cemetery and the plantation homes of Woodburn and Ashtabula, each of  which are listed individually on the National Register, are part of the Pendleton Historic District.