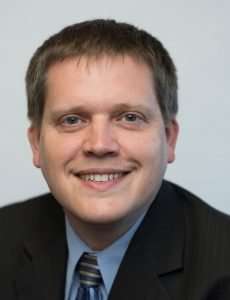 by Scott Carr, Vice President of Commercial Business and Communications at the Greenville Spartanburg Airport District

On March 11, 2020, the World Health Organization declared COVID-19 a global pandemic. With that declaration, efforts to prevent the virus from arriving in the U.S. through a few select gateway airports were intensified to include all airports. By March 13, some communities across the nation began to implement stay-at-home recommendations, and companies halted non-essential travel. More communities implemented restrictions in the days to follow.

The impact of the declaration and community stay-at-home guidance was immediately felt by the aviation industry. Passenger traffic declined, advance bookings dried up, and commerce inside the terminal building dropped off dramatically.

In response to these conditions, the Greenville-Spartanburg International Airport (GSP) immediately increased its cleaning and sanitation efforts over and above our normal 24/7 cleaning procedures. We added more hand sanitizers throughout the facility and placed signage in the terminal, in restrooms, and on flight information screens reminding travelers how to avoid the spread of germs. We briefed our staff on our procedures to address pandemics and evaluated supplies to ensure staff work areas remained clean and safe.

GSP set an all-time passenger record of 2.6 million customers in 2019 and reported higher traffic in both January and February of 2020. In the days following the pandemic declaration, the decline in passenger traffic was immediate. Within days, passenger activity at the nation’s airports declined by 95% versus the same period last year. Airlines cancelled flights but, in many cases, they were unable to do so fast enough to offset the rapid decline in passengers. Many flights routinely operated with one or two passengers or none at all.

Moving into April and May 2020, airlines have published schedules that are 70, 80, or 90% lower than they had originally planned just weeks before. A handful of airlines decided to stop operating entirely, as ticket bookings reached negative territory (i.e., the airlines were refunding more money than they were taking in).

Due to the nationwide decrease in demand for air travel, GSP made significant changes to our airport operation. Valet parking and shuttle services were suspended, we consolidated all parking operations from our eight lots to a single location—Parking Garage B—to conserve staff and utilities, and to ensure convenience for our travelers. Rental car facilities were consolidated but remained open for business. 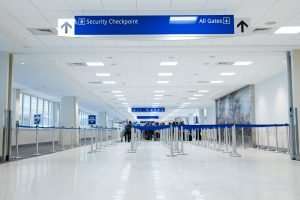 Restaurants and retail stores were initially consolidated to our Grand Hall for passenger convenience. Then, further consolidations were made as passenger activity continued to drop and restrictions on sit-down dining were put into place. The Kitchen by Wolfgang Puck, Vino Volo’s Market Bar, the MAG Escape Lounge, Chick-Fil-A, and Palmetto Distillery were all closed.

However, our goal was to continue to provide a minimal level of food, beverage, and retail options for employees and travelers during this crisis. A variety of concessions remain available both before and after the security checkpoint. Those restaurants include DC3 Hotdogs, Flatwood Grill, Dunkin Donuts, and Baskin Robbins, and they all operate on modified schedules. The retail stores include Hudson News, Tech on the Go, and Upstate Marketplace.

As the airport is considered critical essential infrastructure, the facility must remain fully operational and ready to provide for the passenger, cargo, military, and general aviation needs of the Upstate region. So it was imperative that we find a way to remain fully functional while absorbing significant losses in revenue and activity. To meet the call, the Greenville-Spartanburg Airport District (District) that operates GSP suspended work on certain projects that could be delayed, limited purchases to only essential items, canceled non-essential contracts, instituted a hiring freeze, shut down water features, and instituted other energy-saving measures.

To ensure that the airport remains positioned to serve the region’s needs once travel returns, work that was already in progress on significant capital programs including the construction of a new aircraft rescue and firefighting station, the rehabilitation of Aviation Parkway, and the construction of Economy Parking Lot C were allowed to continue.

Despite the decline in passenger activity, cargo operations have continued at a brisk pace. COVID-19 disrupted the supply chains for many major manufacturers including those in the Upstate. Those disruptions, in tandem with the cancellation of passenger flights from gateway airports to and from China and Europe, also stimulated demand for air cargo services. At GSP, less than daily service to Germany increased to daily, and the airport handled charter flights in support of local companies.

Looking forward, it is uncertain when passenger demand will return to pre-COVID-19 levels. Much will rely on the consumers’ willingness to take vacations and how fast corporations across the region return to the skies. Airlines that have reduced service at airports across the country will be looking to those communities and airports that are quick to respond. To that end, they will add back service that was lost in this crisis and more, should passenger demand warrant it.

It is our hope that the threat of COVID-19 passes quickly and that we will again see passenger activity levels that warrant re-opening all the parking, restaurants, shops, and other passenger services that have been temporarily consolidated or closed as a part of this crisis. Since 1962, GSP has provided for the air service needs of the region and we will continue to do in the future. We hope to see you very soon at GSP.