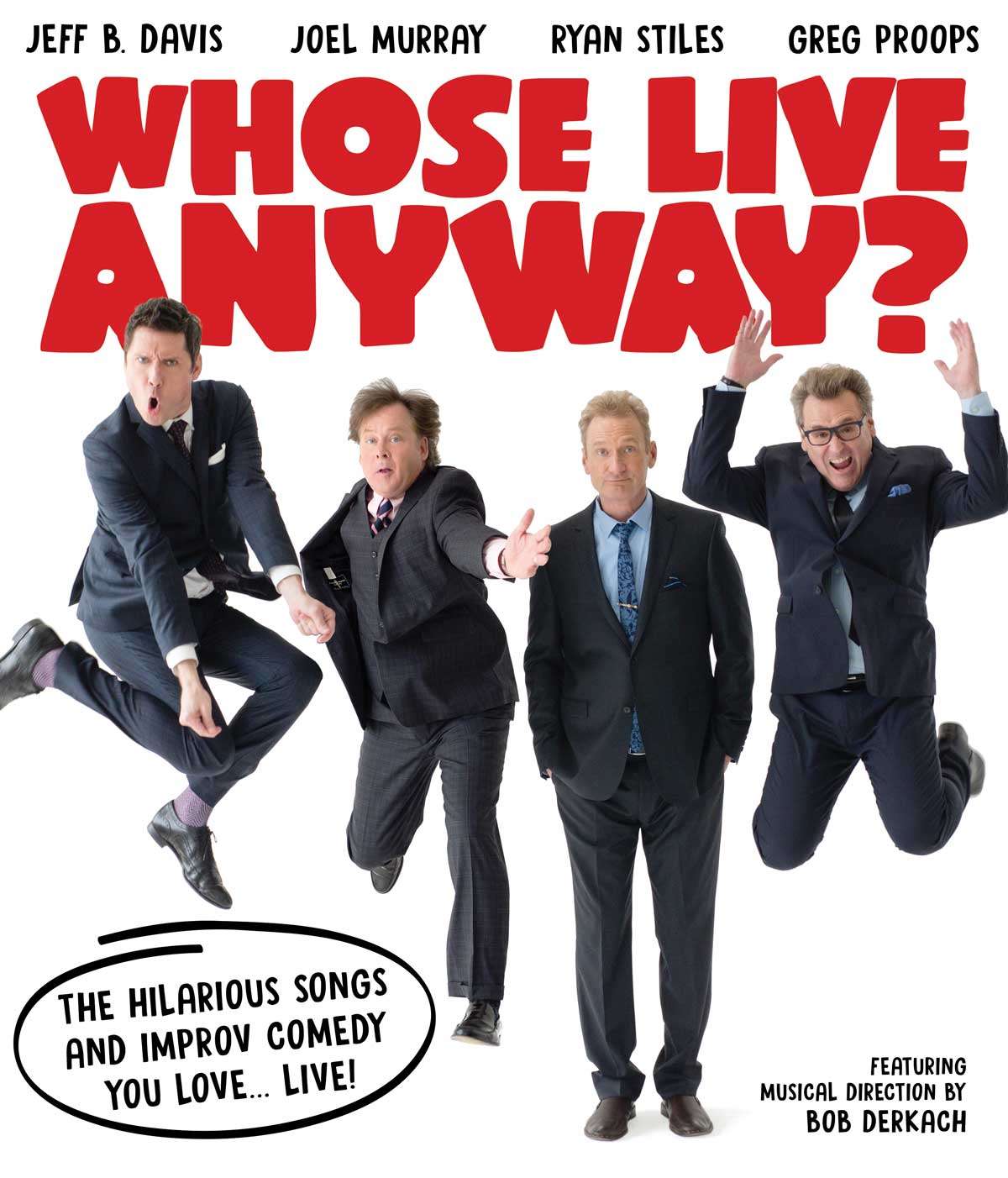 The Producer of Whose Live Anyway (scheduled for Wednesday, April 1) has made the difficult decision to reschedule the show to August 21, 2020. August 5, 2021. March 29, 2022 The decision was made to ensure the health and safety of the performers as well as the patrons.

Your ticket will be honored at the March 29, 2022 event – no need to exchange them. We will send out reminders when the event date gets closer.

WHOSE LIVE ANYWAY? is 90 minutes of hilarious improvised comedy and song all based on audience suggestions. Cast members Ryan Stiles, Greg Proops, Jeff B. Davis, and Joel Murray will leave you gasping with the very witty scenes they invent before your eyes. Audience participation is key to the show so bring your suggestions and you might be asked to join the cast onstage! WHOSE LIVE ANYWAY? showcases some of the improv games made famous on the long-running TV show as well as some exciting new ones, featuring musical direction by Bob Derkach.