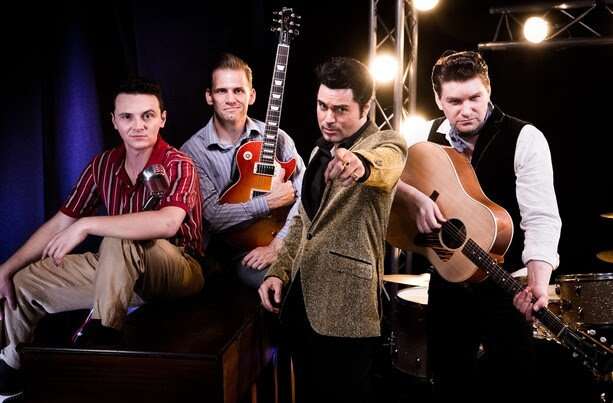 The MILLION DOLLAR REUNION is an exciting new show that celebrates the music created at SUN Studios, in Memphis, Tennesee, known as the Big Bang of Rock and Roll Music. Produced by Broadway veteran Bobby Taylor, and featuring former cast members of the worldwide hit show Million Dollar Quartet, the MILLION DOLLAR REUNION takes the audience on a spirited journey to an earlier time, with dynamic performances of some of the greatest hits of Rock and Roll.
No one can ever forget Jerry Lee Lewis’, “Whole Lot of Shakin’ Goin’ On”, Johnny Cash’s, “Folsom Prison Blues”, Carl Perkins’, “Blue Suede Shoes”, or Elvis Presley’s, “Good Rockin’ Tonight”. All of these hits, and many more, will remind the audience of a time when a musical revolution was occurring in America and soon the entire world.