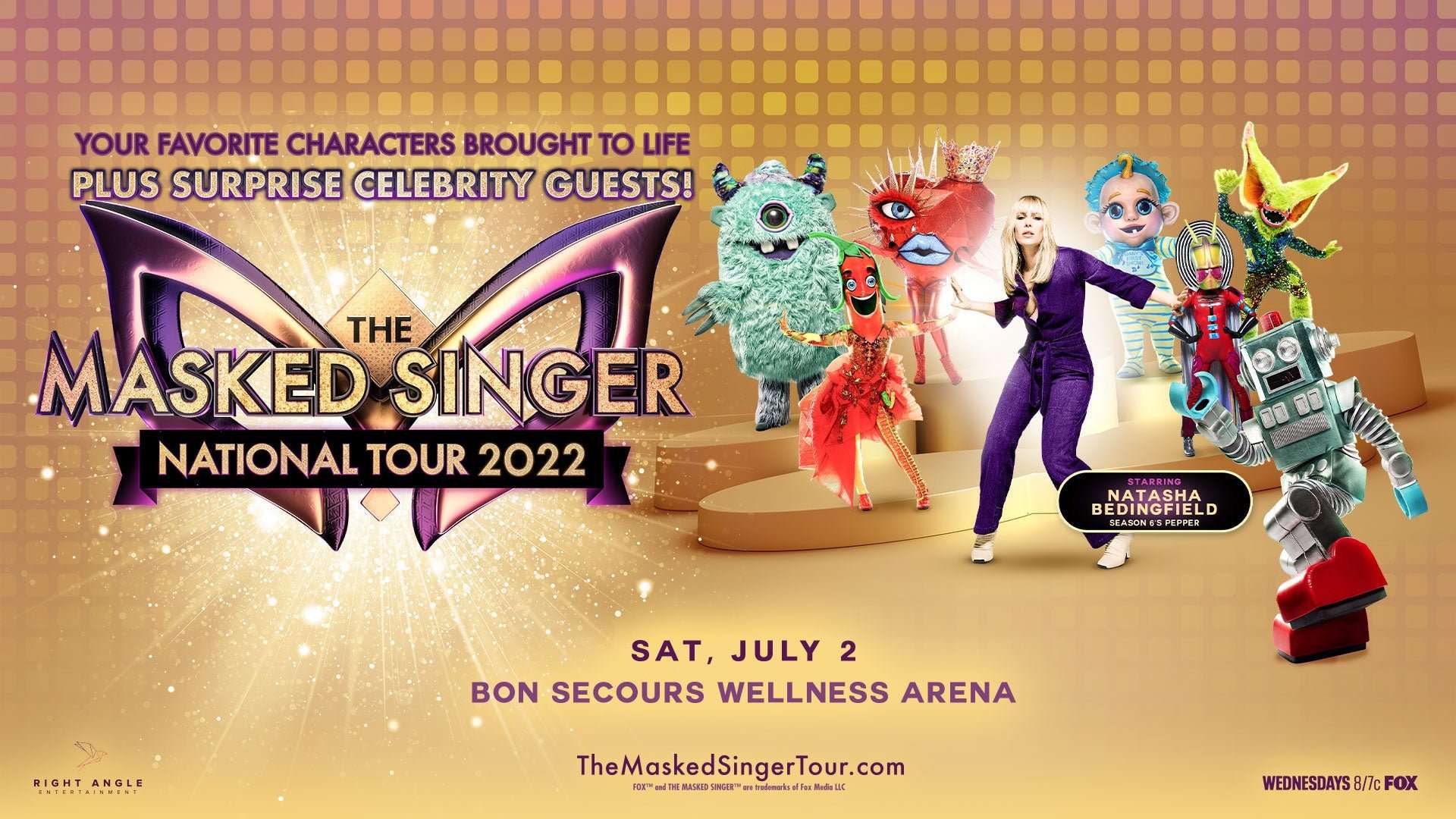 THE MASKED SINGER National Tour live show will feature celebrity guest hosts from the TV show (to be announced at a later date), as well as one local celebrity at every show who will perform in a top-secret disguise. The audience will attempt to decipher the clues to guess the identity until the local celebrity is unmasked at the end of the night. The evening will feature fan-favorite masked characters from the TV show live on stage in an incredible production of song, dance and craziness that only THE MASKED SINGER could deliver.