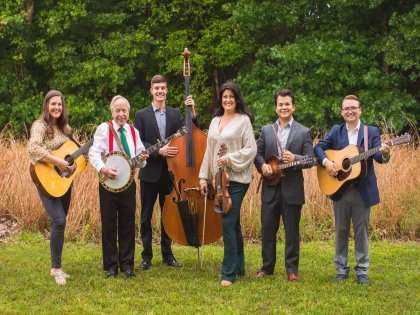 Little Roy Lewis & Lizzy Long team up to create one of the most entertaining acts in the business. A member of the famed Lewis Family, Little Roy has been a high energy performer since he was a little boy. Lizzy Long, who plays the straight man to Little Roy’s zaniness, is a multi-instrumentalist with a stunning voice. Combined with Little Roy’s banjo picking, Lizzy and the rest of the band put on a show you won’t want to miss. Elizabeth Long, or Lizzy as her friends & fans know her, has played with Mac Wiseman, Jim & Jesse, The Lewis Family & Earl Scruggs. Her latest solo Album “Blueberry Pie” has ranked as high as #2 on Billboard’s Bluegrass Charts. Little Roy is awfully hard to overlook, he has been inducted into the Georgia Music Hall of Fame, SPGBMA Hall of Greats, IBMA Hall of Honor & the Southern Gospel Music Hall of Fame.