The Last Slave Ships: New York and the End of the Middle Passage 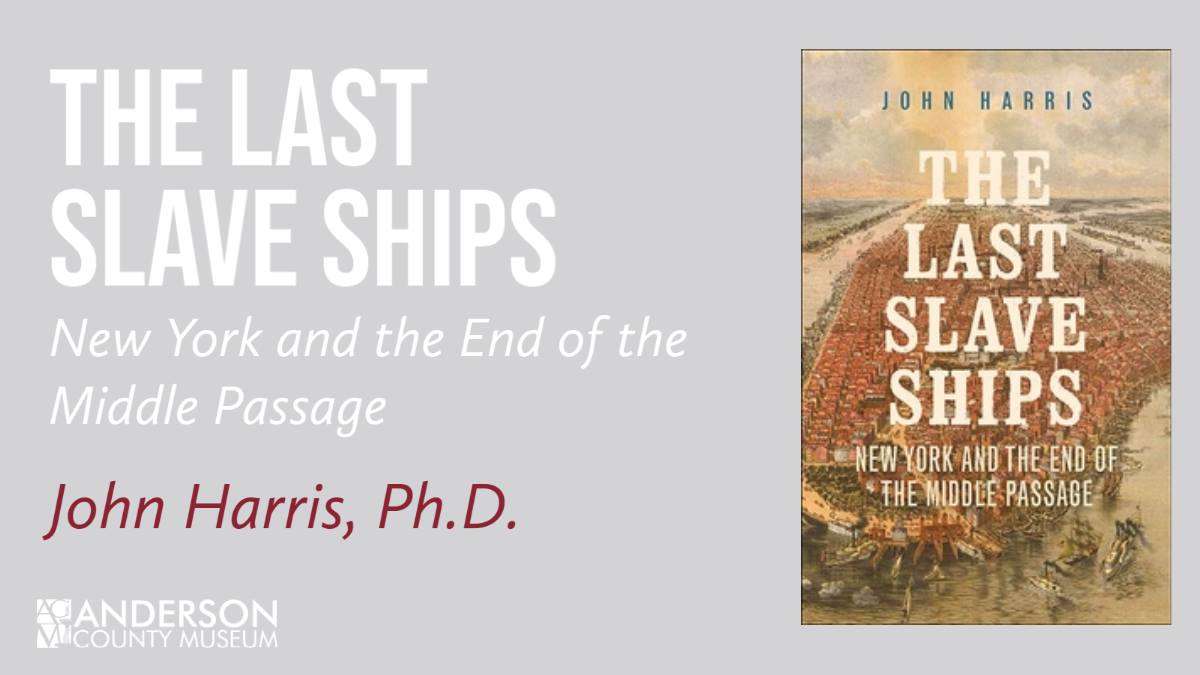 Rsvp to attend to Linda at Lbloparo@andersoncountysc.org.
Long after the transatlantic slave trade was officially outlawed in the early nineteenth century by every major slave trading nation, merchants based in the United States were still sending hundreds of illegal slave ships from American ports to the African coast. The key instigators were slave traders who moved to New York City after the shuttering of the massive illegal slave trade to Brazil in 1850. These traffickers were determined to make Lower Manhattan a key hub in the illegal slave trade to Cuba. In conjunction with allies in Africa and Cuba, they ensnared around two hundred thousand African men, women, and children during the 1850s and 1860s. John Harris explores how the U.S. government went from ignoring, and even abetting, this illegal trade to helping to shut it down completely in 1867.
John Harris, Ph.D. is assistant professor of history at Erskine College.

Books will be for sale after the presentation
To purchase the book before the program use the link below:
http://tinyurl.com/y82jywjf
This program is free; donations are accepted.