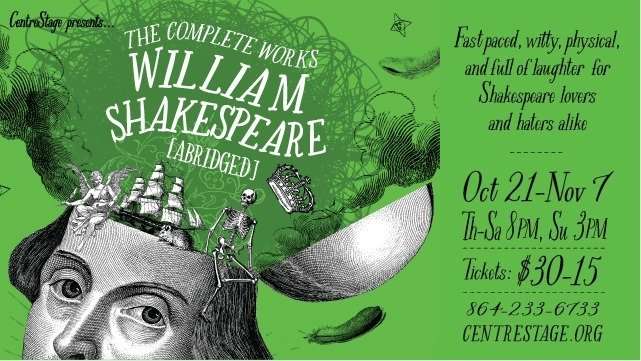 THE COMPLETE WORKS OF WILLIAM SHAKESPEARE (ABRIDGED) is one of the world’s most frequently produced plays and has been translated into several dozen languages. Featured are all 37 of Shakespeare’s plays, meant to be performed in 97 minutes, by three actors. Fast paced, witty, and physical, it’s full of laughter for Shakespeare lovers and haters alike.
Generously sponsored by Michael & Ann Chengrian on behalf of Speak for Animals