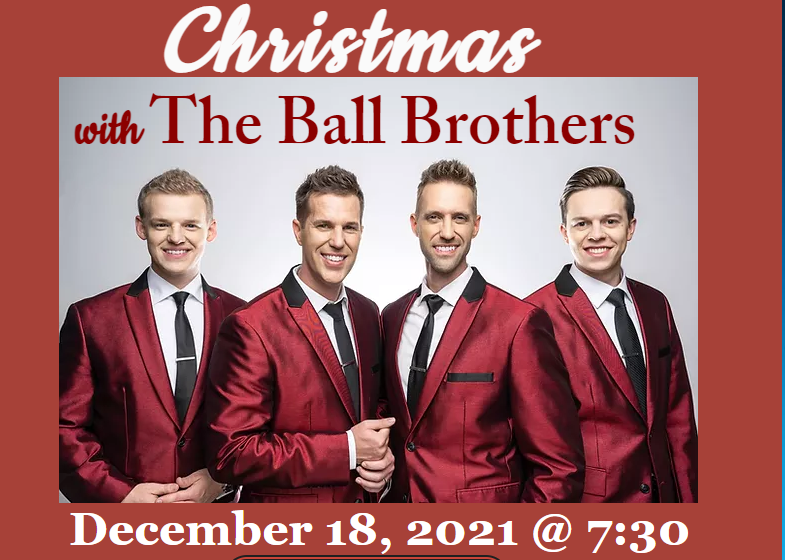 The Ball Brothers are two brothers, Andrew and Daniel Ball along with brother-in-law Chad McCloskey and newcomer Rhett Roberts.  The group travels world-wide, singing their distinctive brand of Christian music.

Biography:
Since their formation in 2006, the Ball Brothers have rapidly made their mark in Christian music by finding a musical balance between the old and the new. “We’ve never been to a place where every person in the audience was the same age. On the contrary, most places we go have a mixture of young, middle-aged, and older people. So, our music style and song selection is based around that blend. It’s great to see a grandmother and granddaughter worshiping together and enjoying the same music. We get to see that on a regular basis,” says lead vocalist, Daniel.

What can someone expect when they hear the Ball Brothers? A mix of musical styles, melted together by tight, four-part harmony. Each song is hand-picked to be message-driven, and theologically sound. Their goal is to spread the message of the Gospel and encourage believers.

Quick Facts:
– Their hit song “It’s About the Cross” hit #1 on the iTunes Christian Chart and has been seen over 45 millions times online.
– Their current project “Dynamic” made the top #5 on the iTunes Christian Chart.
– Won the 2017 AGM “Male Group of the Year” award. Won 2011 Singing News “Horizon Group of the Year” award.
– Appeared on the popular Gaither Homecoming video series.
– Performed at Faith Fest in 2018 to a crowd of 20,000 people.
– Shared the stage with some of the biggest names in Christian music including: Casting Crowns, Mandisa, Jordan Feliz, The Gaither Vocal Band, Point of Grace, Jason Crabb and many more.
– Travel world-wide performing 120 concerts per year.