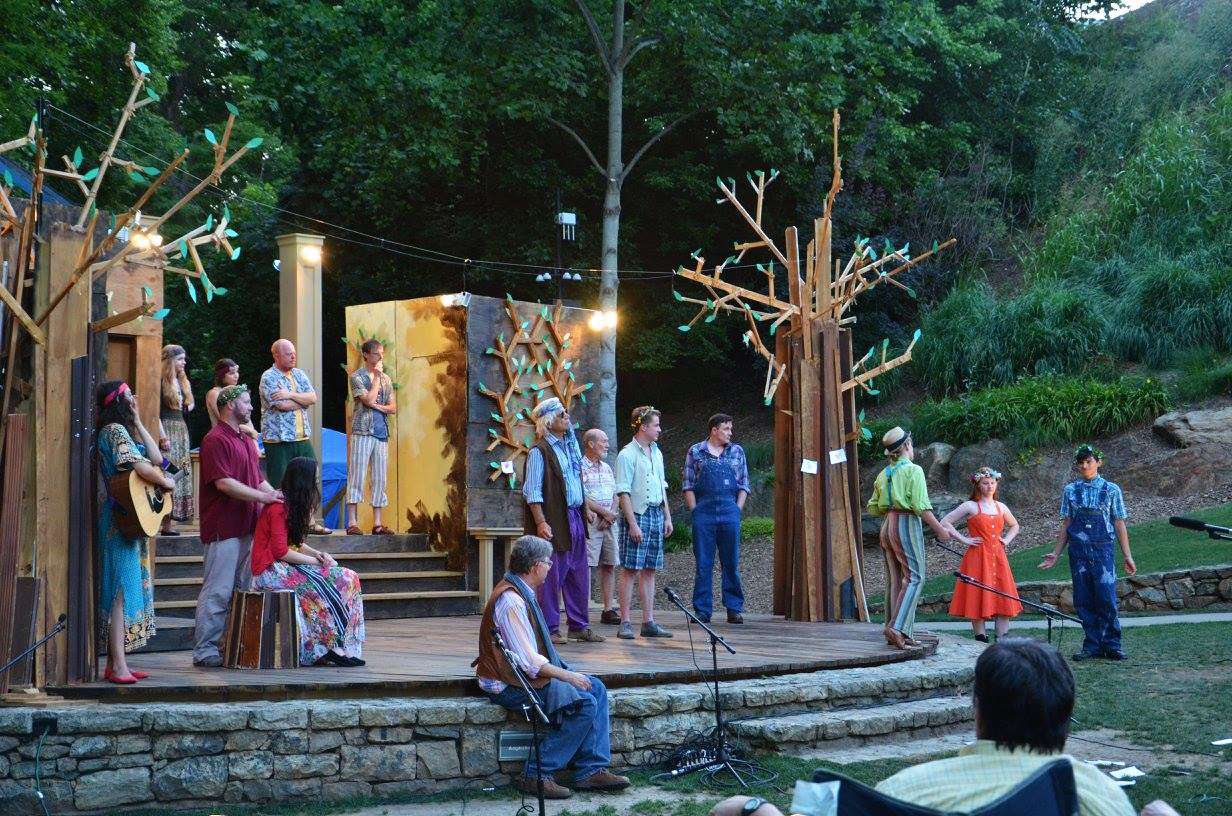 The 26th Annual Upstate Shakespeare Festival will feature MUCH ADO ABOUT NOTHING from May 26th to June 26th, 2022.  OTHELLO will soon follow premiering on July 14th until July 31st, 2022.

While many people might associate Shakespeare with high school English class, his works are true classics that help us understand different cultures, different people, and different times. In fact, it’s been said that Shakespeare was ‘not of an age, but for all time.’ Now, more than 400 years after his death, that statement still rings true.

Knowing that many people don’t seek out Shakespearean plays, we sought to bring Shakespeare to the people in a fun, educational, free, and accessible way. The Warehouse Theatre put on our first ever Upstate Shakespeare Festival back in 1995. Since then, it has truly become a Greenville Tradition.

The Upstate Shakespeare Festival takes place each summer. Usually one show runs from May to June and another from June to July. Shows begin at 7:00pm (arrive early to get a spot!) and run Thursday through Sunday each week during the run of shows.