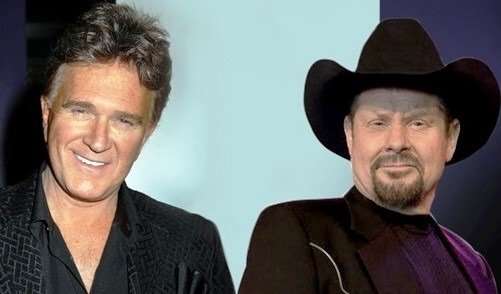 With too many hits and awards to name, these Country music icons; T.G. Sheppard & Moe Bandy were riding the radio airwaves in the late ’70s, early ’80s at a time when country music was undergoing a big time crossover to mainstream music. Bandy, with his honky tonk bent & Sheppard, with his more pop style, covered both spectrums of that overall national acceptance of all things country. It was natural for them to get together many years later to form a combined show that recreates that slice of time in American country music. They have been doing this for the past few years & they have a ball along with their audiences!