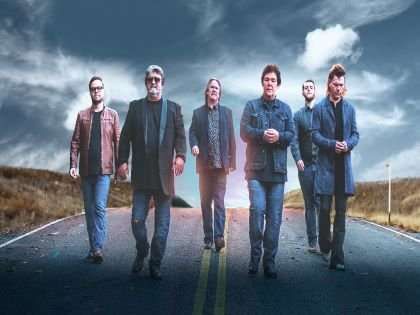 Shenandoah, featuring original lead singer Marty Raybon is one of the greatest groups in the genre! Shenandoah is always at the forefront of any discussion on the topic, with a Grammy Award, 13, #1 records, 3 Gold Albums & numerous CMA & ACM awards. Fueled by Marty Raybon’s distinctive vocals & the band’s skilled musicianship, Shenandoah became well known for delivering such hits as “Two Dozen Roses”, “Church on Cumberland Road” & “Next to You, Next to Me” as well as such achingly beautiful classics as “I Want to be Loved Like That” & the Grammy winning “Somewhere in the Vicinity of the Heart” duet with Alison Krauss. Today that legacy continues as original members Raybon & Mike McGuire reunite to launch a new chapter in Shenandoah’s storied career. There’s a lot of excitement in the air.’” “It’s kind of like riding a bicycle,” McGuire says of the band reigniting that chemistry on stage. Today the group is in the top 5 recurrents on all the XM radio shows.