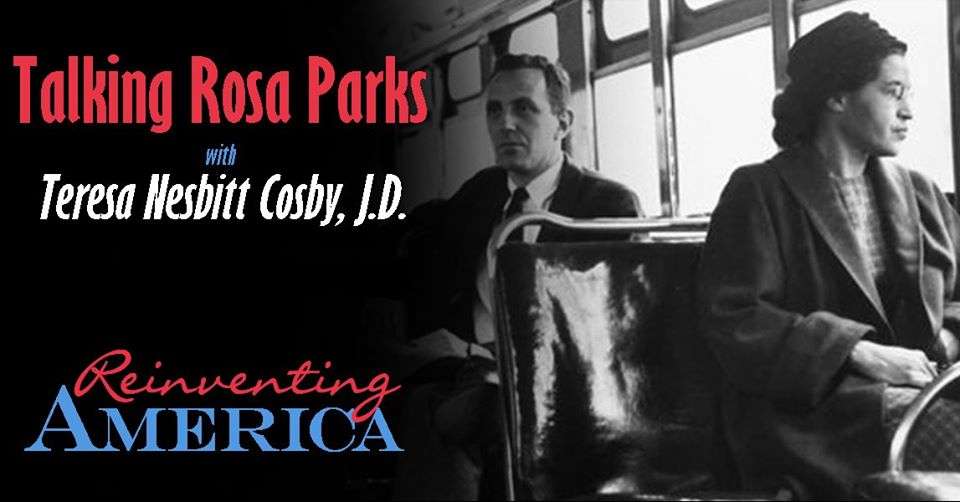 Sometimes when the status quo needs to be shaken up, it is necessary to take a stand. Other times, one must courageously take a seat. Rosa Parks is best known for being arrested for refusing to give up her bus seat. But Parks was not an apolitical, middle-aged lady whose fatigue kept her seated. Hers was an act that radically challenged America to reinvent itself.

Founded on the opinion that human beings can be owned by others, America placed its democracy in the hands of free white landed males. It took a bloody Civil War before America abolished slavery. Soon after, Jim Crow laws, lynching and voter suppression changed it back into a nation where rights were brutally divided along color lines.

By the 1950’s a different America was emerging. Brown vs Board of Education ruled racial segregation in public schools unconstitutional. And a woman named Rosa Parks and a whole new concept of Civil Rights was about to reinvent American democracy.

This virtual event is Free and will feature audience Q & A.

Registration required. https://tinyurl.com/yymqcegtAfter the event everyone who has registered will receive an email with a link to the presentation that will be available for two weeks only. For more info: HistoryComesAlive.org