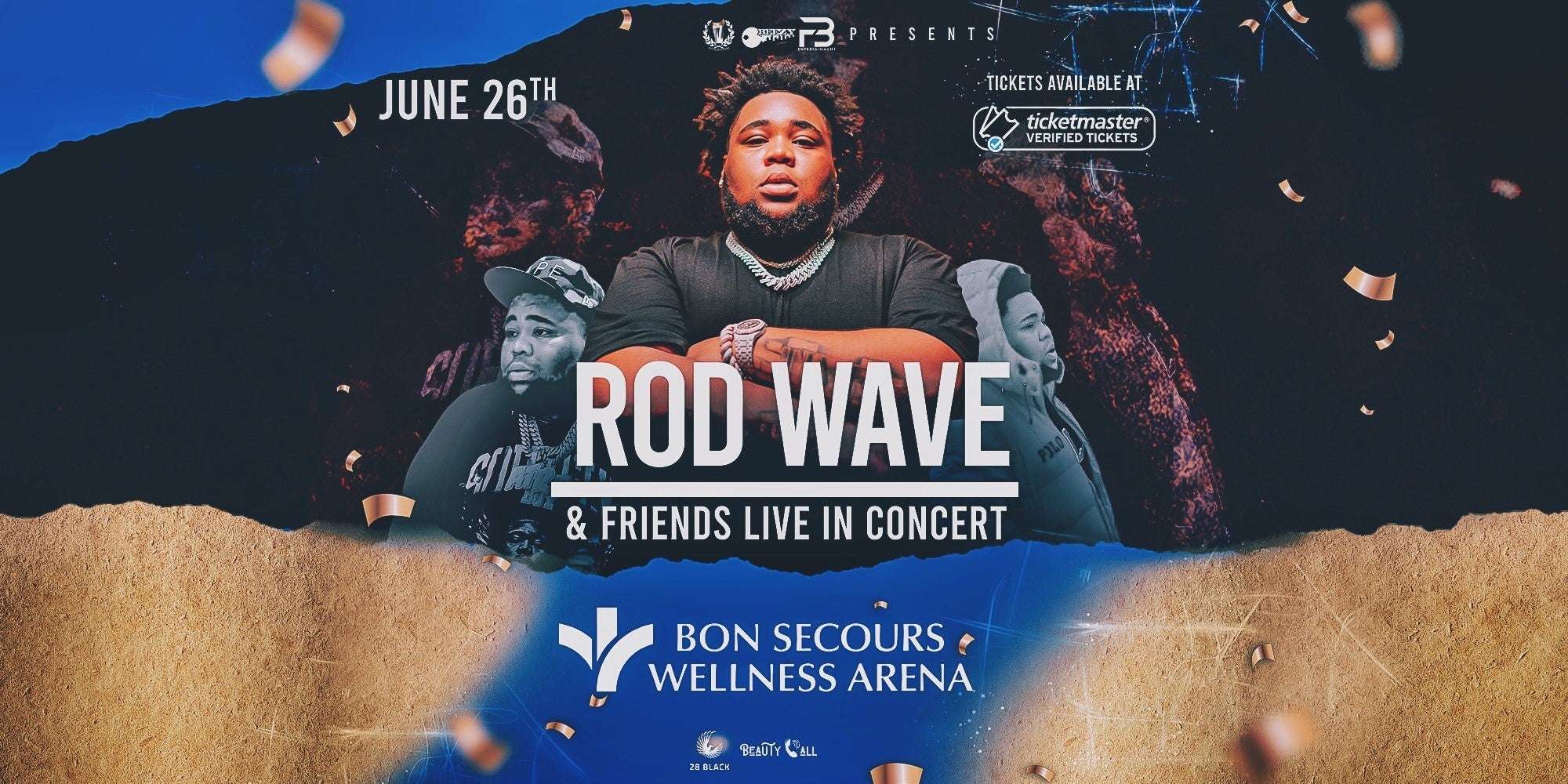 Rod Wave has announced the highly anticipated Greenville date of his upcoming tour. Joining the Florida native at The Well on Sunday, June 26 are Plies, Toosi, Renni Rucci & Lil Poppa*.

Presale tickets are available Thursday, May 12 with general tickets on sale Friday, May 13 at 10 AM. The ONLY official ticketing partners of Bon Secours Wellness Arena are Ticketmaster and the GSP International Airport Box Office located at the arena.

Blessed with a special singing voice, and the knowledge of how best to use it, Florida’s Rod Wave is taking his own path to the top of the game. Coming through with a soulful set of Southern sing-raps, the St. Petersburg native has built a groundswell of regional support and blossomed into a national streaming phenomenon.

After releasing 3 projects in a 12 month span – Hunger Games 3, PTSD, and the platinum-certified Ghetto Gospel – Rod first erupted onto the scene with “Heart On Ice.” The single, propelled by a captivating Genius Open Mic performance, a viral TikTok trend, and co-signs from NFL star Saquon Barkley to 21 Savage and everyone in between, was certified 3x-platinum, peaked at #25 on the Billboard Hot 100 charts and reached #1 at urban radio.