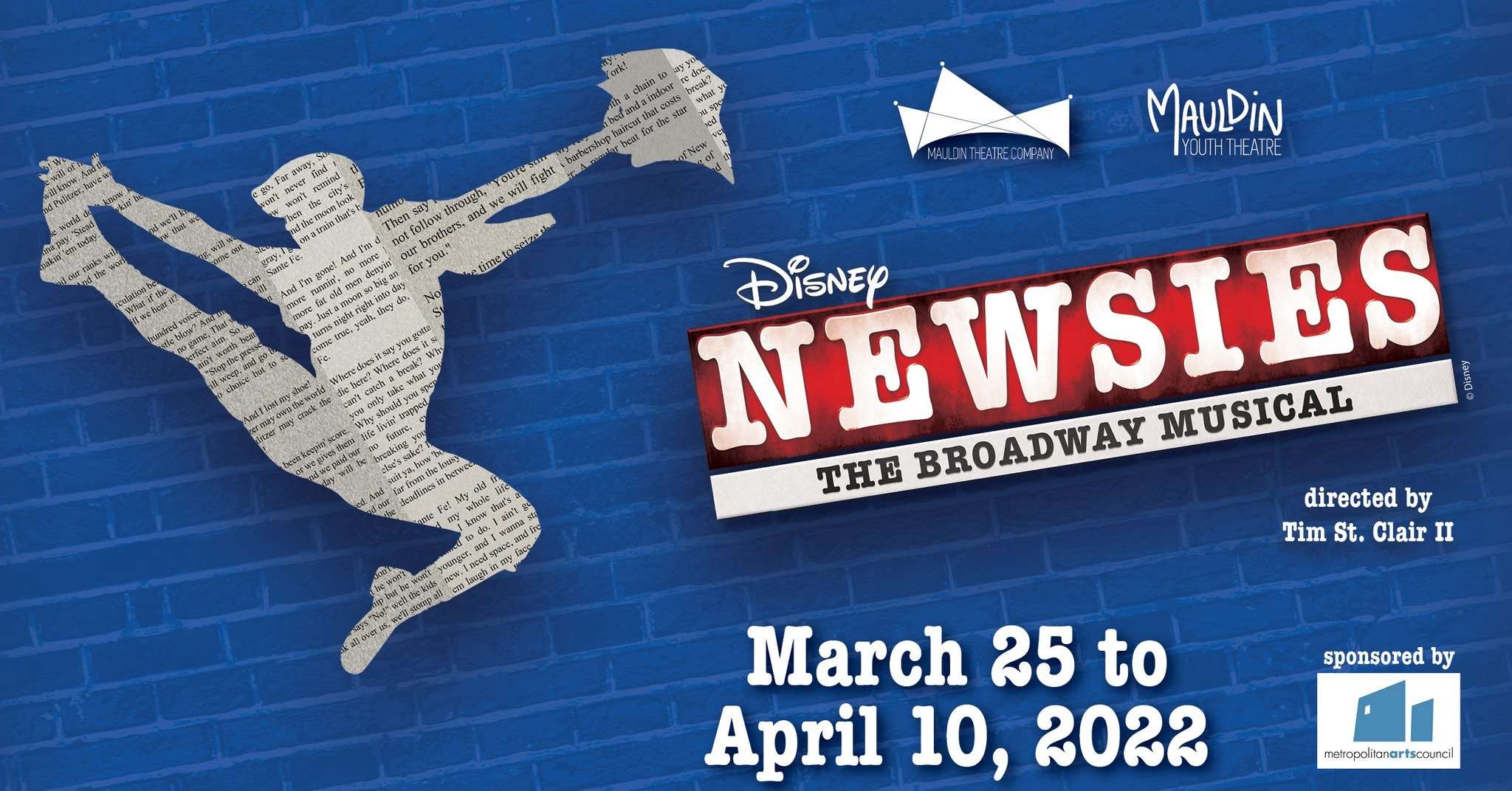 TICKETS
On Sale February 23, 2022
our.show/mauldincultural/newsies
—
The Mauldin Youth Theatre and the Mauldin Theatre Company are teaming up to bring Disney’s Newsies to the stage!
Set in turn-of-the century New York City, Disney’s Newsies is the rousing tale of Jack Kelly, a charismatic newsboy and leader of a band of teenaged “newsies.” When titans of publishing raise distribution prices at the newsboys’ expense, Jack rallies newsies from across the city to strike against the unfair conditions and fight for what’s right!
Inspired by a true story, Disney’s Newsies is packed with non-stop thrills and a timeless message, perfect for the whole family and every audience.
—
Sponsor: Metropolitan Arts Council
This program funded in part by the Metropolitan Arts Council which receives support from the City of Greenville, BMW Manufacturing Company, Michelin North America, Inc., SEW Eurodrive and the South Carolina Arts Commission.