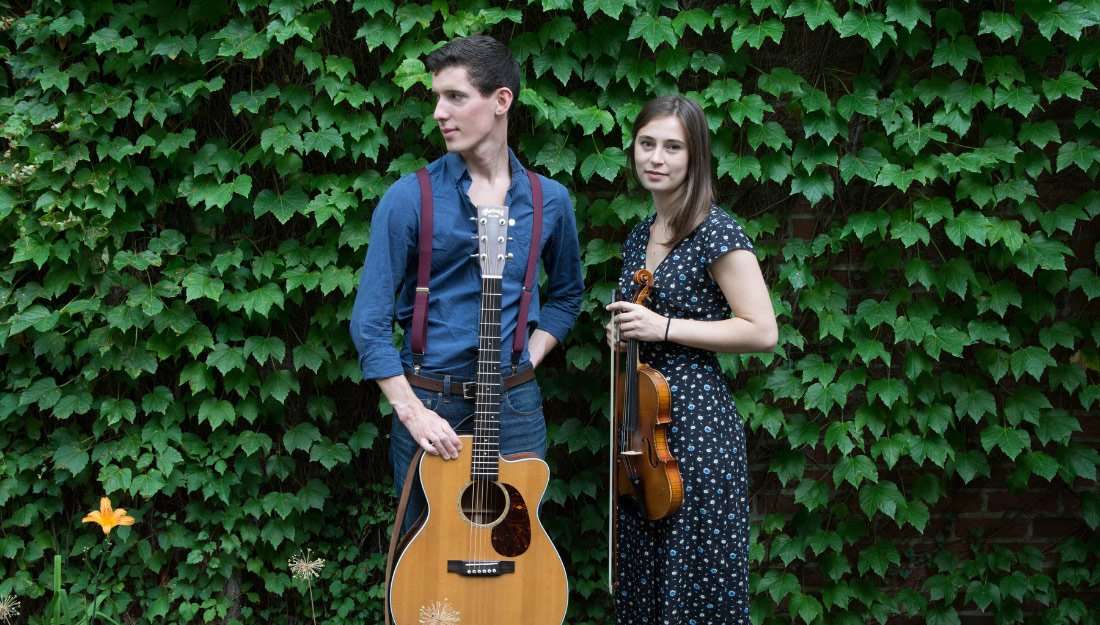 Violinist Maura Shawn Scanlin and guitarist Conor Hearn unite to form “Rakish.” The pair gets their namesake from the traditional Irish tune Rakish Paddy, an origin that aptly suits the duo and their shared background in traditional Irish and Scottish music. Yet “rakish” itself also suggests something strikingly unconventional in its appearance, and Maura and Conor knowingly embrace this wealth of connotation in their music, drawing on the music they grew up with and performing it with their own slant. In a performance that toes the line between concert music and session music, Rakish explores tunes and songs from Irish and American folk traditions in a way that reflects their shared interest in and love for old traditional tunes and chamber music. Maura Shawn, a two-time U.S. National Scottish Fiddle Champion and a winner of the Glenfiddich Fiddle Competition, wields the technical range of an accomplished classical violinist and the deep sensitivity of a traditional musician. Conor, a native to the Irish music communities of Washington, D.C. and Baltimore, MD, makes his home in Boston, MA playing and teaching guitar. As a duo they have performed on Front Row Boston, Brian O’Donovan’s “A Christmas Celtic Sojourn,” the Burren Backroom Series, and can be heard on broadcasts of GBH’s “A Celtic Sojourn.”

Our new MoseleyNext micro-series welcomes audience members looking to kick off the weekend with shorter, happy hour-style concerts on Friday evenings. Just like our traditional Moseley series, these new events will feature top-notch performances by world-class artists including Irish duo Rakish and innovative hybrid arts ensemble The Fourth Wall. Featuring a casual setting and earlier start time, this appealing combo of artistry and convenience is sure to make MoseleyNext a new favorite of young professionals, families, and connoisseurs alike!