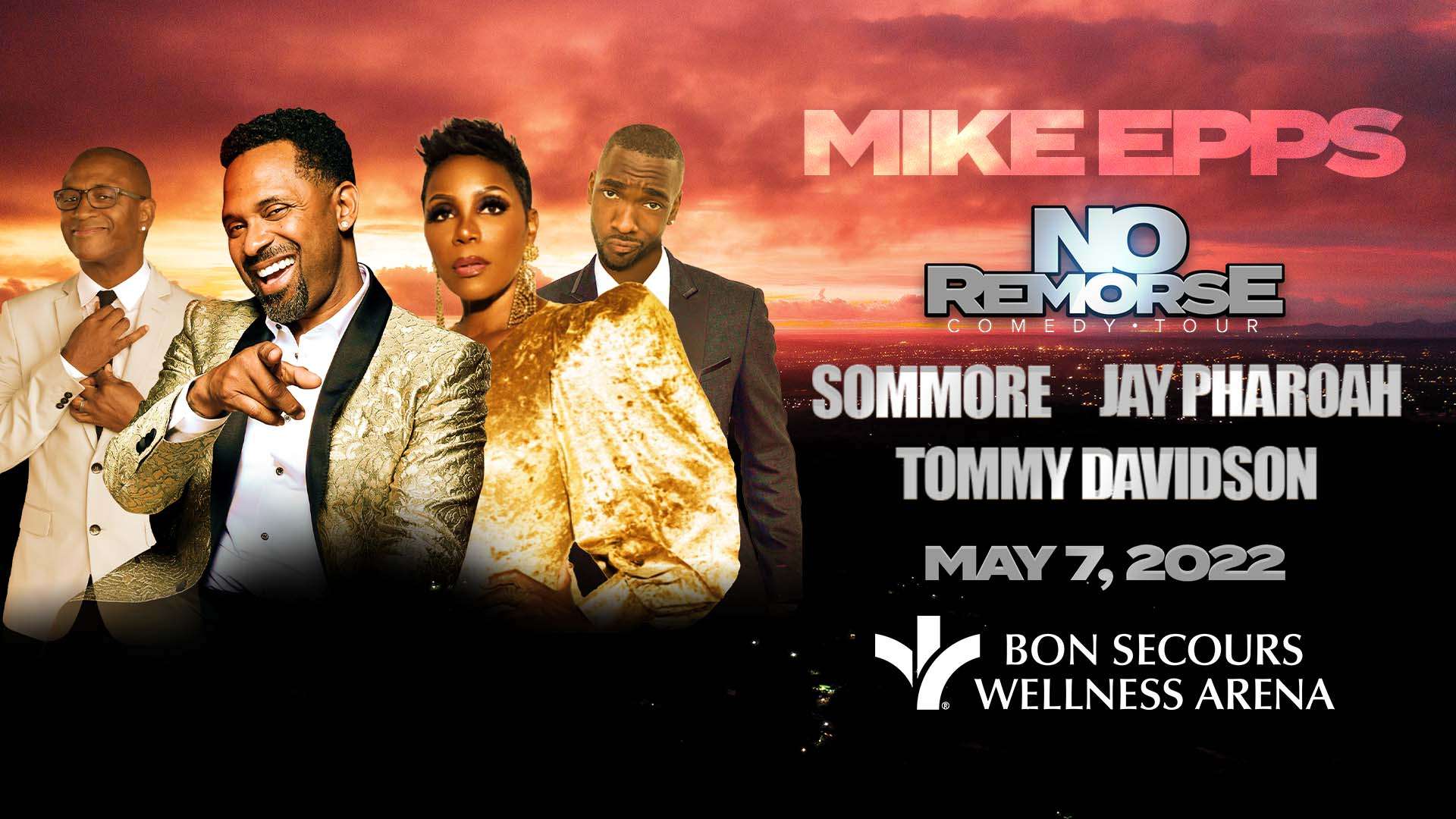 Actor and comedian, Mike Epps, is set to bring the laughs to Greenville once again with the NO REMORSE COMEDY TOUR. Performing at the Bon Secours Wellness Arena on May 7 at 8 p.m., Epps will deliver non-stop laughs along with some of comedy’s most talented and sought-after entertainers, including Sommore and Tommy Davidson. Tickets go on sale to the general public 10 a.m. on Dec. 17 at Ticketmaster.com. The all-star lineup will be sure to bring down the house with non-stop laughter for an unforgettable night of comedy!