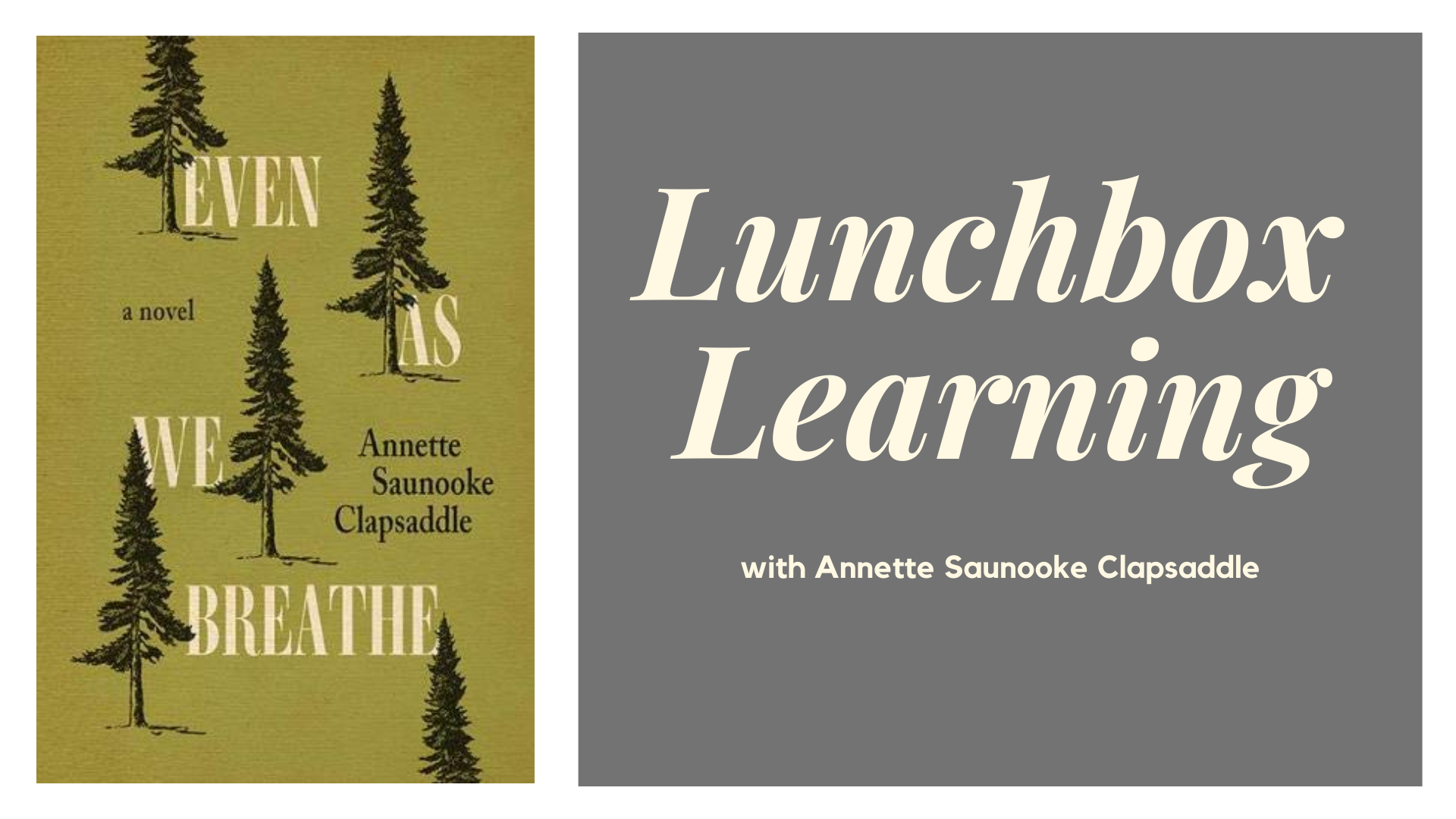 Topic: Even As We Breathe

Join Annette Saunooke Clapsaddle, an enrolled member of the Eastern Band of Cherokee Indians (EBCI) as she discusses her debut novel, Even As We Breathe. Even As We Breathe tells the story of Cowney Sequoyah, a young man yearning to escape his hometown of Cherokee, North Carolina when a summer job at Asheville’s stately Grove Park Inn and Resort changes his path in life. With World War II raging in Europe, the Grove Park Inn and Resort quickly becomes the temporary home of Axis diplomats and their families, all being held as prisoners of war.

Clapsaddle, holding degrees from Yale University and the College of William and Mary, will discuss her connections to the EBCI and her research of the history behind the State Department’s lease of the Grove Park Inn and its use as an internment camp.

Lunchbox Learning is free for UHM Members and included with general admission for all other guests.