An event every month that begins at 7:00 pm on day Third of the month, repeating indefinitely 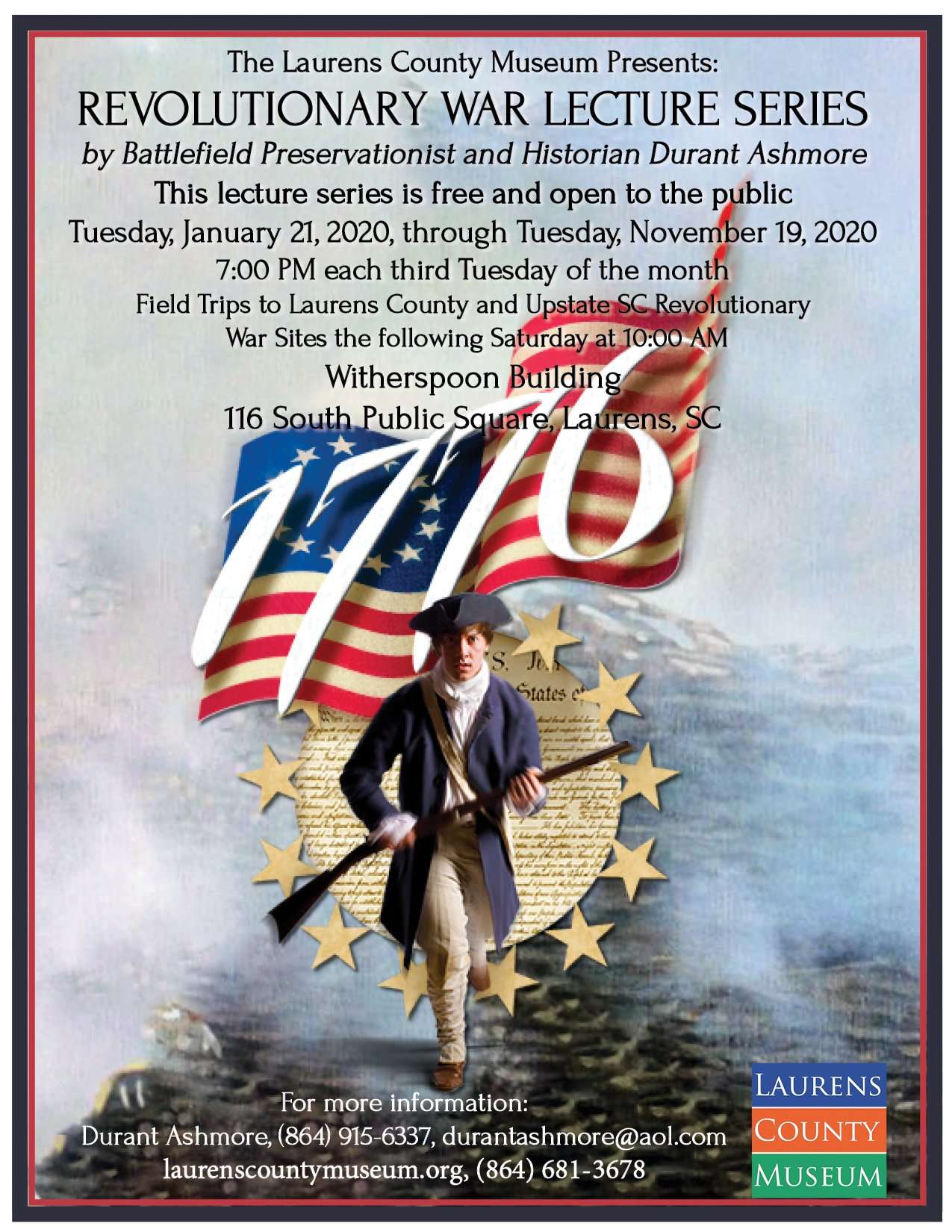 The Laurens County Museum is hosting a year-long Revolutionary War Lecture Series on the third Tuesday of each month until November 17, 2020.  Field trips to actual Revolutionary War sites will be on the Saturday following the lectures. Durant Ashmore, battlefield preservationist and historical consultant, will highlight Revolutionary War battles and activities in Laurens County and the Upstate.  Over 112 battles and skirmishes occurred within 50 miles of the City of Laurens.  Only Spartanburg in Upstate South Carolina, and no other place in the United States, had that level of impact on the fight for liberty.  Mr. Ashmore brings the tales of people and places to life in his story telling of the Revolutionary War struggle.  It was a true civil war fought between neighbors, friends, and relatives.