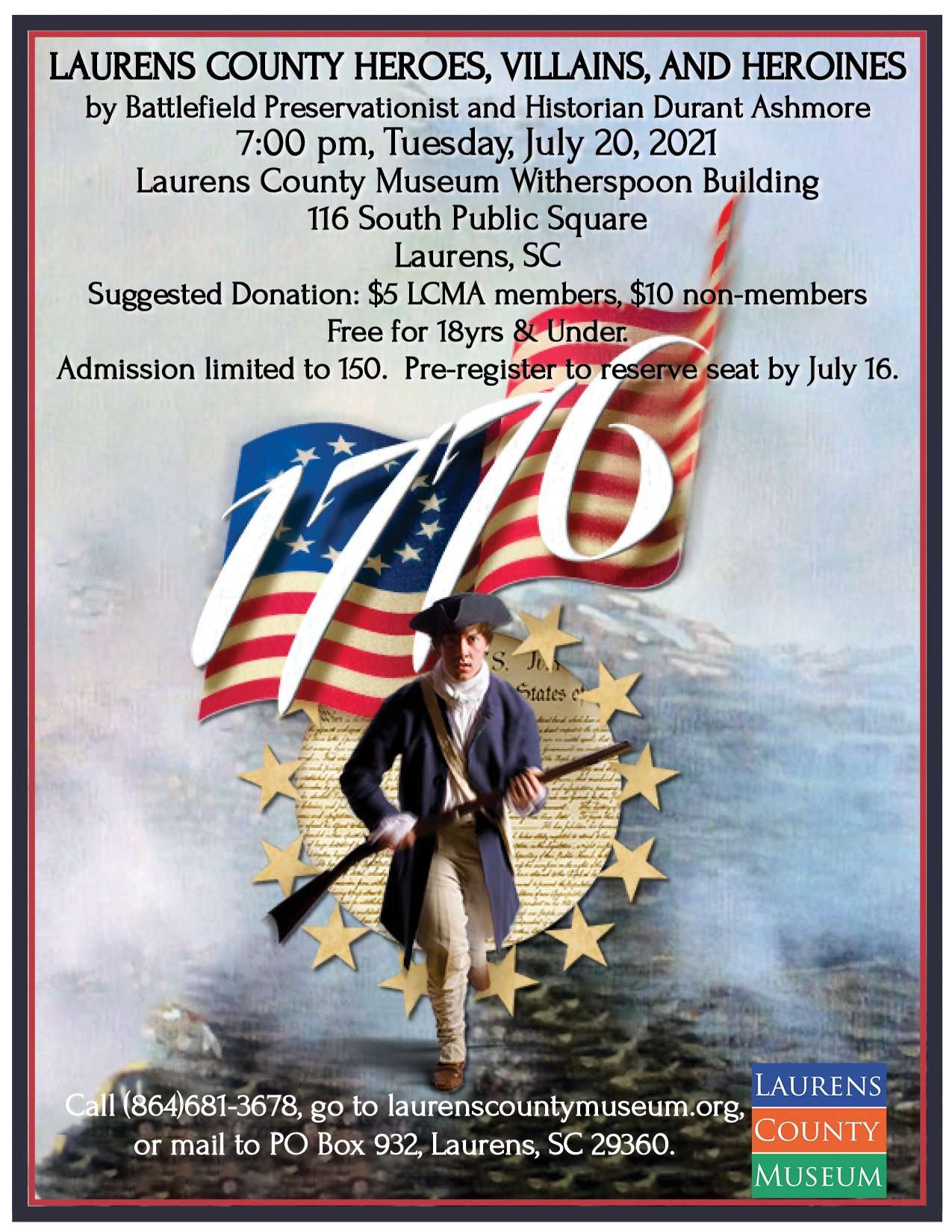 The Revolutionary War in Laurens County was truly the crucible that forged our nation.  This lecture will be a discussion of the civil war that raged in Laurens County with an emphasis on the remarkable Laurens County characters who involved themselves in the fight for freedom from the reign of the British monarchy and Parliament.  Subsequent lectures will be on the first Tuesday of each month starting on August 3, 2021.  Field trips to actual Revolutionary War battle and skirmish sites will be the following Saturdays after the August 3 lecture but not the July 20 lecture. Attendance will be limited and pre-registration is suggested by calling (864)681-3678.  Suggested donation for lecture — $5 Laurens County Museum members; $10 non-members; 18 years and younger no donation.