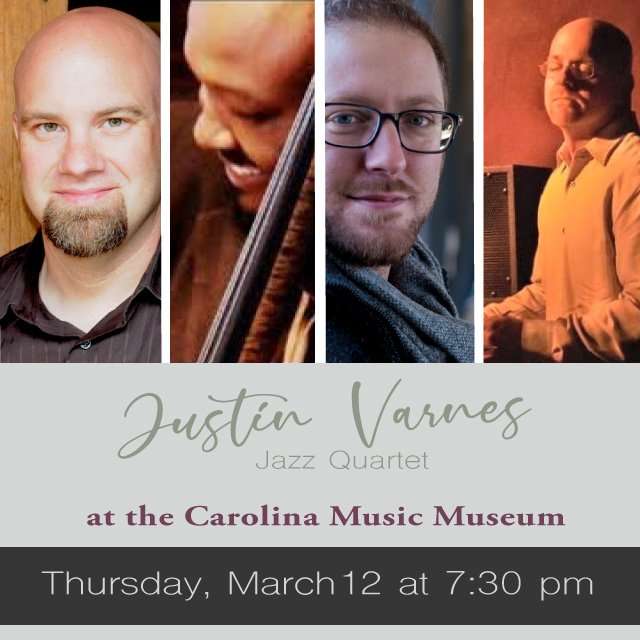 The Justin Varnes Quartet features a modern twist on classic jazz tunes and takes iconic jazz figures and brings their stories and music back to life in a setting that is both entertaining and educational. From performers such as John Coltrane, Thelonious Monk, Miles Davis, and Charlie Parker, to composers such as Billy Strayhorn, Cole Porter, and Johnny Mercer, the concerts mix rousing performances with music appreciation and history.

After receiving his degree from Northwestern University in Evanston, IL, John Sandfort, saxophone, was an active presence on the Chicago music scene performing with many of Chicago’s great jazz musicians, including George Fludas, Jodie Christian, Jeff Parker, and many others.

Kevin Smith, bass, is a native of Atlanta, Georgia. He was exposed to music at a young age growing up in some of Atlanta’s historical Black Baptist churches. Being exposed to the cultures hymnody, negro spirituals, country blues and gospel music would set the foundation for a successful music career.