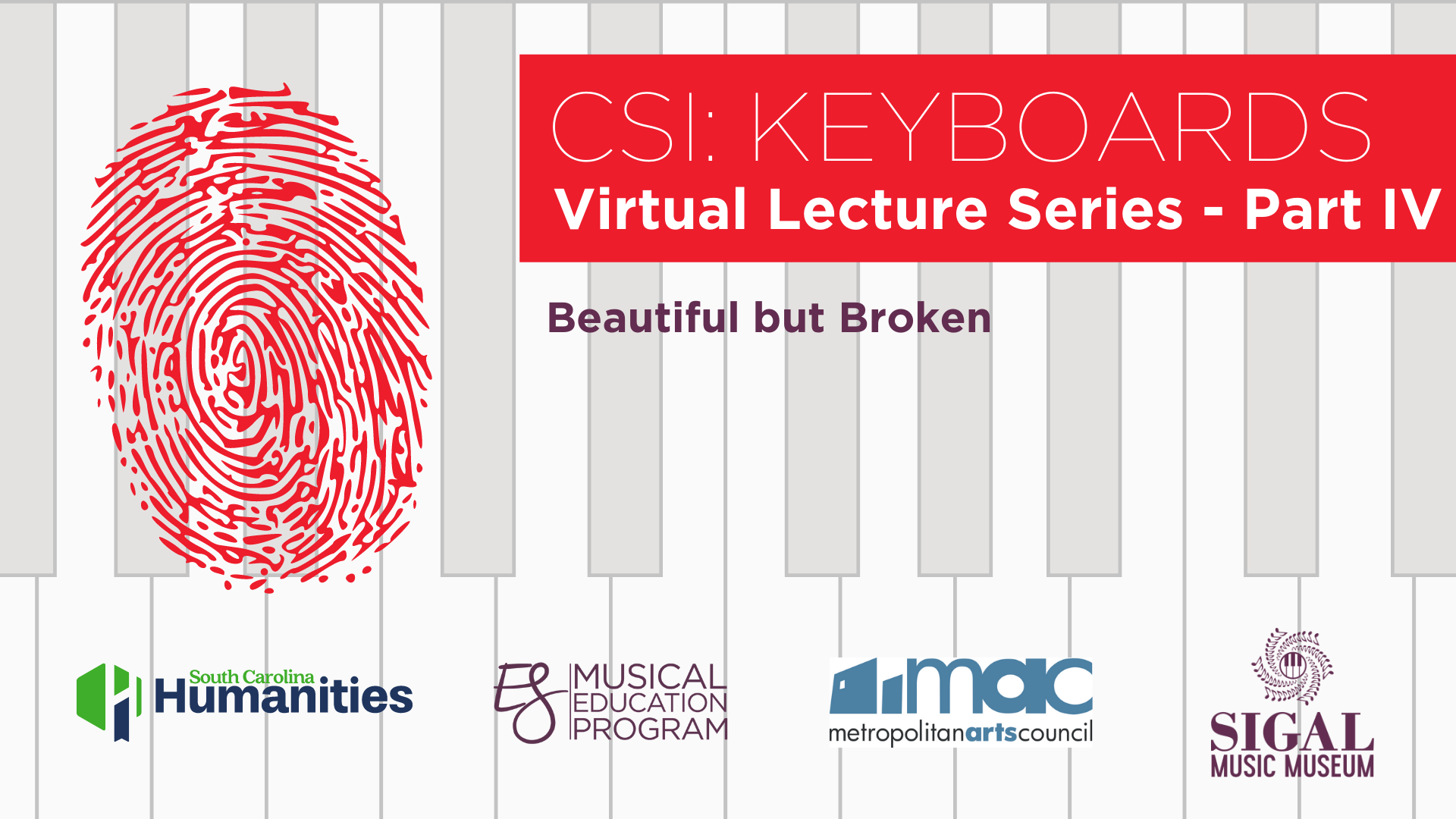 Part four of the CSI: Keyboards lecture series features the John Isaac Hawkins upright piano, formerly in the Broadwood collection of early pianos in London. Hawkins was never a major piano builder and the three surviving known Hawkins pianos may constitute a high percentage of all that he ever made. He is important as an innovator and is credited with being among the first people to ever envision and make an upright piano, where the strings start near the floor and prevent the case from appearing to be ungainly tall and awkward. Thomas Jefferson was his first client for this piano style, and the Jefferson piano is in the Smithsonian, while the remains two Hawkins pianos are in the Sigal Collection.

CSI: Keyboards is made possible by the Elise C. Sigal Musical Education Program, The Metropolitan Arts Council, and SC Humanities.