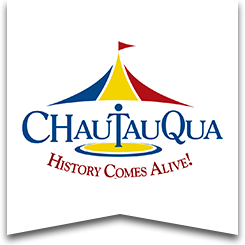 With the near doubling of its nominal territory by the Louisiana Purchase of 1803 the United States needed to find out just what President Thomas Jefferson had bought by putting “boots on the ground” – the boots of Captain Meriwether Lewis and his Corps of Discovery. Take part in a conversation with Captain Lewis in September of 1806 as he returns from over two years of scientific discovery, diplomacy with Native Nations aided by the translator Sacagawea and the African American slave York, mapping immense geographic expanses, and surviving several scrapes with death – all part of the adventure of a lifetime!

You’ll laugh – you’ll be challenged – you’ll have lots of questions. And “Captain Meriwether Lewis” will answer them. Nationally acclaimed historical interpreter Ken Johnston creates a compelling portrayal that reveals Meriwether Lewis not only as a brilliant commander, dedicated scientist, consummate frontiersman and savvy businessman, but also as a troubled soul.

Please register in advance for this FREE Online event. (Meeting room capacity is 300.) Everyone who registers for the meeting will receive a link to a recording of the program which will be available to view for one week.