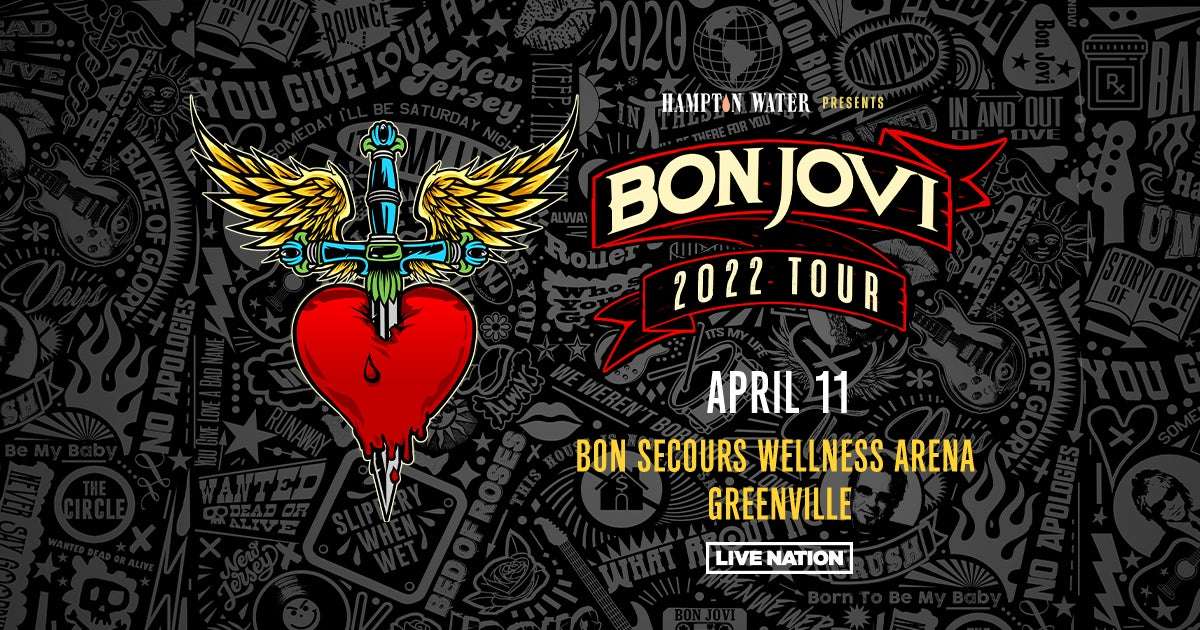 The Bon Jovi tour is excited to be offering a variety of VIP packages for each show! These packages include the BEST tickets available and may also provide access to the official “Bed of Rosés” VIP Brunch Experience, an autographed take-home chair, a chance to win a signed Jon Bon Jovi guitar, a Bon Jovi wine accessory set, crowd-free shopping, priority entry, and a selection of other exclusive VIP merchandise and on-site benefits! For full VIP package details, please go to www.bonjovi.com.

The band spent much of the past two years recording and releasing new music, while also creating livestream performance content and launching Bon Jovi radio for their fans.  Bon Jovi’s 2020 was one of the most critically acclaimed album releases of that year with USA Today calling it “BRILLIANT” and Associated Press highlighting the depth of lyrics within the songs that “chronicle pain, loss, fear and death from the coronavirus, police killings and mass shootings.”

Bon Jovi remains one of the most prolific and sought-after tour tickets in live music today, and getting back on tour was a top priority for the band.  “We have all missed touring and we know that nothing can replace the energy of a live show for the fans or the band,” said Jon Bon Jovi.