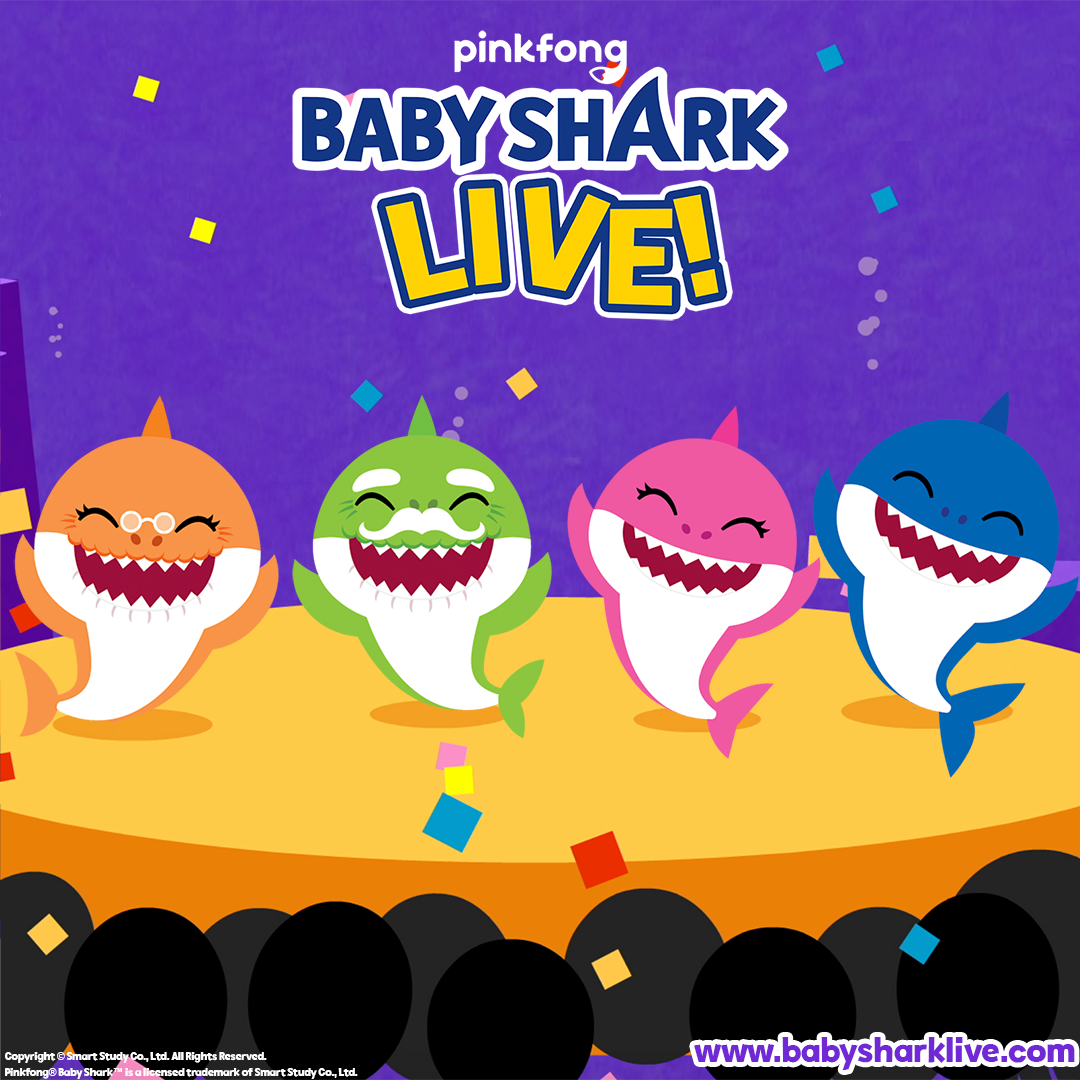 It is the tour policy that children under 1 year old do not require a ticket to sit on a parent’s lap, but all other customers do.

The live show is based on Pinkfong’s viral earworm and global dance phenomenon, ‘Baby Shark’. This one of a kind concert experience will delight fans of all ages as Baby Shark joins up with his friend Pinkfong to take an adventure into the sea, singing and dancing through new and classic songs including Five Little Monkeys, Wheels on the Bus, Jungle Boogie, Monkey Banana Dance and of course, Baby Shark! Baby Shark, Pinkfong’s global hit song about a family of sharks, has climbed the charts and connected with fans around the globe. After entering the Billboard Hot 100 at #32, the song has been recording a 14-week streak in the Top 50, while topping the Kids Digital Song Sales Chart as #1. The Baby Shark Dance video has over 2.7 billion views, making it the 10th most viewed videoin the history of YouTube.