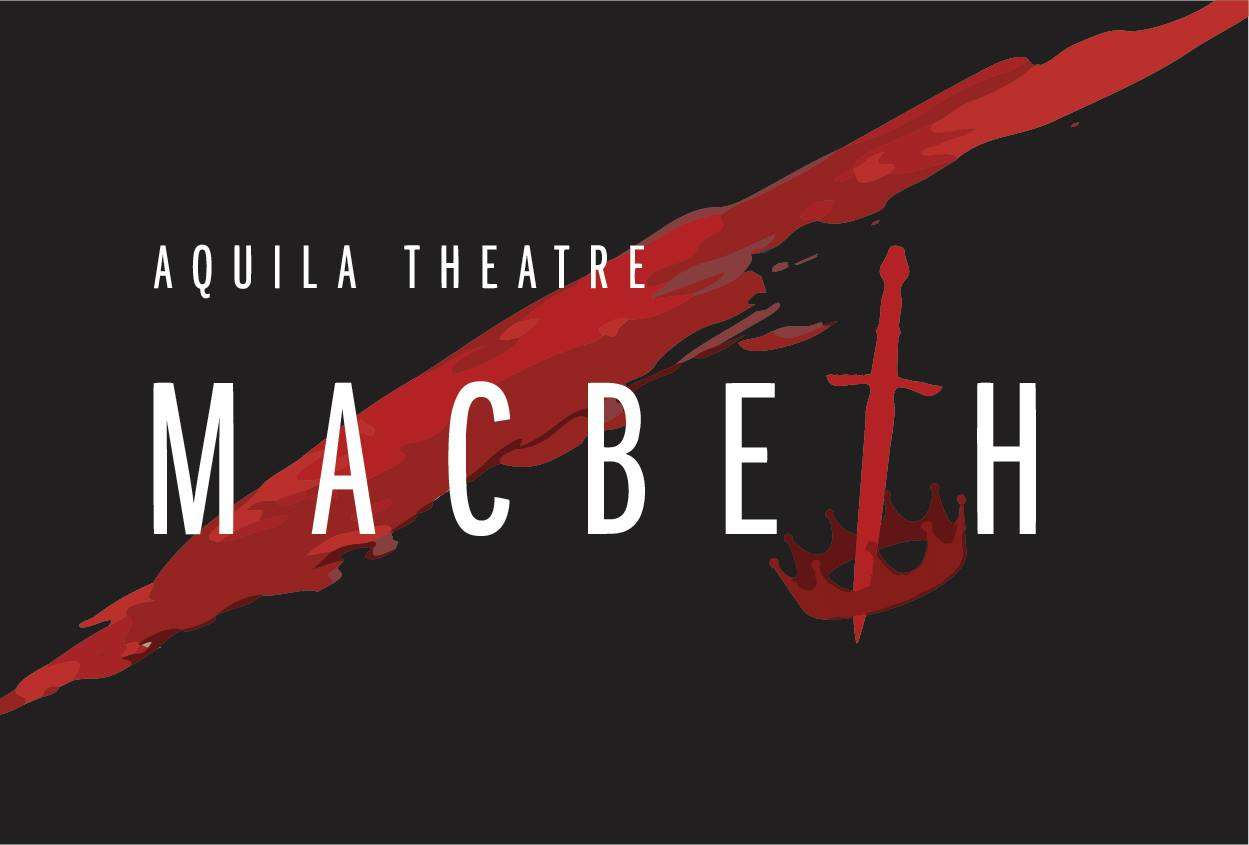 Aquila Theatre breathes new life and vigorous dramatic fire into the wickedly famous work Macbeth, one of Shakespeare’s most influential contributions to world literature that serves as a powerful commentary on unchecked ambition and power.
The story is centered around a warrior returning from the battlefield. Along the way, he is met by three old women who deliver a chilling prophecy – that one day he will be crowned King of all Scotland. So begins one of Shakespeare’s most exciting plays, The Tragedy of Macbeth – a thrilling tale of ruthless ambition, deadly deceptions, intense paranoia, and ultimately, insanity. This is a world where “fair is foul and foul is fair.” After Macbeth receives the prophecy he is given a new title by a grateful King Duncan. This sends both Macbeth and his wife into a frenzied lust for power that results in the brutal murder of the King. As the Macbeths try to consolidate their power, they are besieged by paranoid visions, terrifying phantoms, and the unraveling of their minds.