Alan Jackson: Last Call: One More For The Road 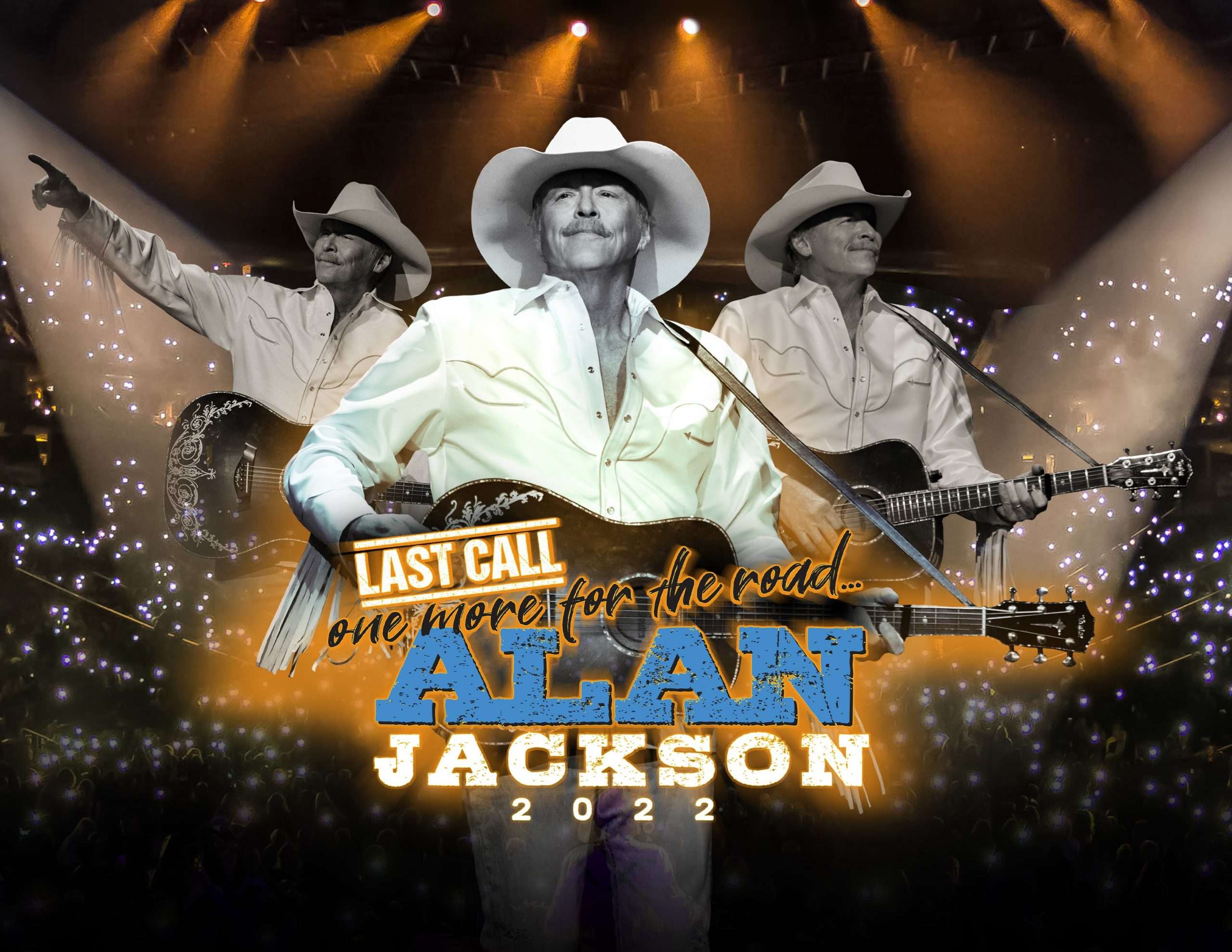 It’s LAST CALL: ONE MORE FOR THE ROAD! Country Music Hall of Famer Alan Jackson’s recently announced August 13 concert at Bon Secours Wellness Arena in Greenville, SC is about to go on sale! Tickets for the event will be available to the public Friday, April 29 (10:00am ET). The performance is part of Jackson’s new tour, his first since revealing a health diagnosis last fall.

“I’ve always admired my heroes like George Jones, Merle Haggard, Loretta Lynn and Charley Pride who just played as much as they wanted to, as long as they could,” Jackson says. “I’ve always thought I’d like to do that, and I’d like to as long as my health will allow,” he notes, adding with a smile, “I’ll try to do as much as I can, but if I’m comin’ your way, come see me….”

Tickets, tour information fan club presale for Alan Jackson’s Last Call: One More for the Road Tour are available at alanjackson.com/tour. Jackson is teaming with CID Entertainment/OnLocation to offer VIP experiences at his 2022 shows. Top-tier packages include a pre-show party presented by AJ’s Good Time Bar, the Nashville honky-tonk owned and operated by the entertainer in the heart of Music City, highlighted by live music from James Carothers and Cory Farley, featured performers from AJs.

The country music icon’s Last Call: One More for the Road Tour – promoted by Live Nation – is playing arenas through the fall. The three-time CMA Entertainer of the Year will thrill his audience in Greenville one last time as fans relive hits like “Chattahoochee” and “It’s Five O’Clock Somewhere.”

Citi is the official card of the Last Call: One More for the Road Tour. Citi cardmembers will have access to presale tickets beginning Tuesday, April 26 through the Citi Entertainment program. For complete presale details visit citientertainment.com.

Jackson’s Last Call: One More for the Road Tour follows his Fall 2021 announcement (on NBC’s TODAY) that he is living with CMT (Charcot-Marie-Tooth), a chronic inherited neuropathy condition that results in nerve deterioration and hampers muscle function, movement and balance. $1 from every ticket sold for the Last Call: One More for the Road Tour will be donated to the CMT Research Foundation, a 501(c)(3) federal tax-exempt organization that funds research for drug development. In addition, $1 will be matched by a generous group of CMTRF donors and broad members.

Alan Jackson’s music and performances have gained him worldwide acclaim, from critics and fans alike. In Greenville this August, he’ll continue his long-running tradition of “keepin’ it country” as he brings over 30 years of hits to “The Well.” It’s Last Call: One More for the Road!