By Dean Hybl, Executive Director, Ten at the Top

According to a new Upstate Interactive Arts & Culture Map unveiled during Ten at the Top’s January 24th Culture Counts Regional Forum hosted at the Chapman Cultural Center, the 10-county Upstate region is home to more than 1,300 Arts & Culture organizations, venues and programs. Yet, much of the discussion during the forum was that perhaps we don’t do enough to tell the story and leverage the economic and community value of that significant regional investment in cultural activities.

According to Anthony Radich, the event’s keynote speaker and Executive Director of the Western States Arts Federation, “many have ignored the creative economy in the past because for many years the interaction was typically through writing a check and therefore they didn’t see it as something that can generate revenue within the economy.”

However, Radich added, that has changed in recent years as “a lot of focus has been put on the creative economy as something that helps power the overall economy in a state or region.” 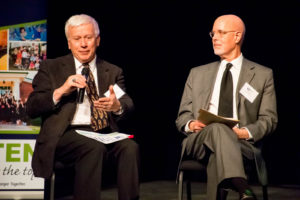 According to numbers Radich provided during his presentation, the Upstate region has more than 17,500 people employed in what is designated as the creative economy. Looking specifically at Spartanburg, the non-profit creative economy generates more than $32 million in revenue for the local economy.

“Your cultural economy in itself is a medium sized industry,” Radich said. “Communities would love to bring in an industry with an economic impact at the level that the cultural economy provides here in the Upstate.”

Allen Smith, President and CEO of the Spartanburg Area Chamber of Commerce, sees arts and culture as playing an even greater role in providing communities with an advantage when attracting jobs and professional talent. He points to the recent selection of the 20 finalists for the Amazon second headquarters project as an example of the role having a culturally vibrant community plays in shaping a place where people want to live and businesses want to set up shop.

“If you did an overlay of the 20 finalists for the Amazon HQ2,” Smith said, “you would see that they are probably some of the most culturally advanced communities in the nation and I don’t think it is an accident.

“Today, people are choosing place before position. Communities that are winning at recruiting talent are the places that have put a priority on cultural vitality,” Smith added.

Smith said that having tools like the new regional arts & culture asset map is important because attracting professional talent is the number one issue around economic development and is something that we must do regionally. 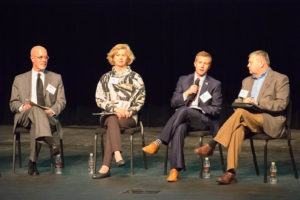 “We have to think of talent recruitment as a regional effort or we will not be successful,” Smith said. “We do just not have the population or resource base as individual communities. We have to create the perception of the Upstate region as a vibrant place where people want to live and work.”

Now that the regional assets map has been developed, the next step will be to leverage the information and resources to help tell the story of the Upstate as a culturally vibrant region and cultural destination.

“We have a region that has everything here from the culture, the history, outdoors,” said Tim Todd, Executive Director of Discover Upstate. “Working together regionally we have to leverage our assets and tell a compelling story of what great assets we have in this region.”

“For a place like Greenwood, being associated with other places like Greenville, Spartanburg and Oconee that have great cultural programs is valuable,” said Anne Craig, Executive Director of the Greenwood Arts Center. “Having information compiled regionally illustrates the totality of the story, instead of looking only at our individual communities.”


Now that the Upstate Interactive Arts & Culture Map has been compiled and unveiled, the next step is taking the information and leveraging it in a way that promotes the Upstate as a cultural destination for potential tourists and potential new residents.

If you are interested in accessing the new Arts & Culture Map or getting involved in the discussion on how to collectively leverage this new resource, go to www.tenatthetop.org.

What: Ten at the Top Upstate Culture Counts Forum

Who was there: 130+ business and community leaders and residents interested in arts & culture in the Upstate