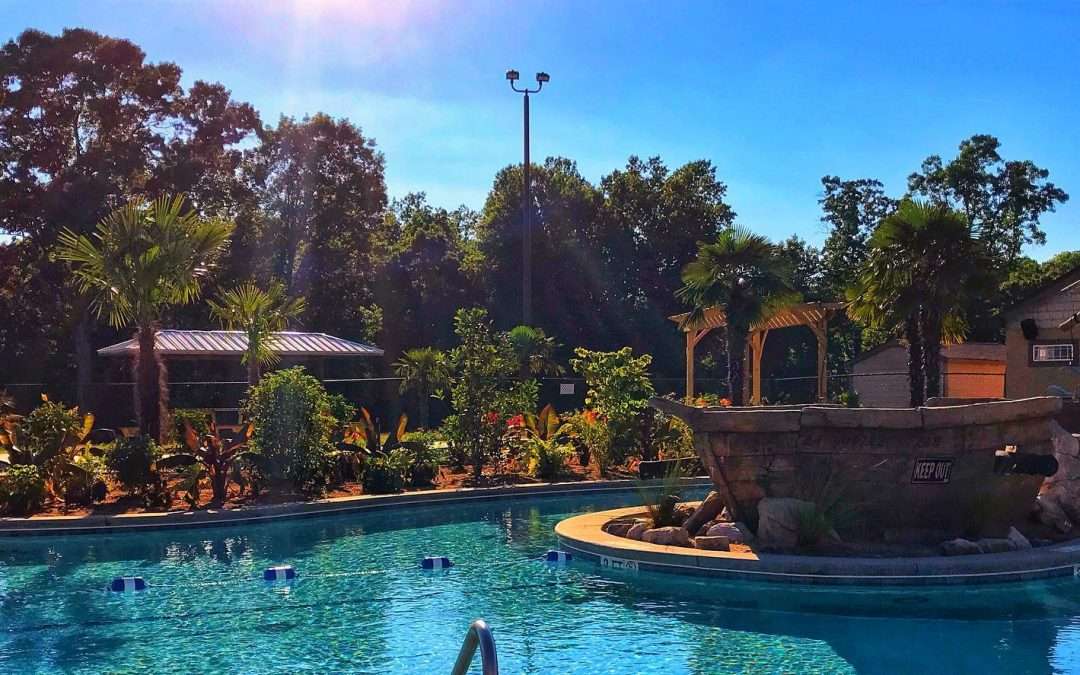 It’s going to be a hot one this weekend, and splashing around in some cool water is just the ticket for beating the heat. Outside of your local pool, here are some natural and man-made options to cool off over the long weekend. And don’t forget to wear sunscreen! 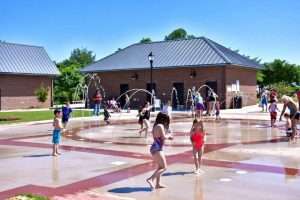 Opening for the season on May 25th, the splash pad at the Uptown Market in Greenwood is open seven days a week (11 a.m. to 7 p.m. Monday through Saturday, and 1 to 7 p.m. on Sunday). Restrooms are onsite, and the facility is available for birthday parties. Bring your kids, along with chairs and towels, for hours of fun!

A great place for the whole family, Shipwreck Cove opens for the season on May 25th. It has a splash 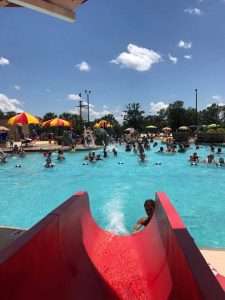 pad and wading pool area for small children, as well as a lazy river and larger pool with water slides for bigger kids and adults. Plenty of deck area with chairs and umbrellas, restrooms, and a concession stand make it a great place to spend the day! 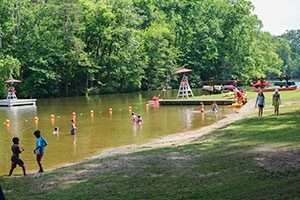 The designated swimming area is the only place in the park where swimming is allowed, and use of the swimming area is included in the price of park admission. There are also pedal boats and kayaks for rent to enjoy the lake without being in it (no private boats are allowed on the lake). 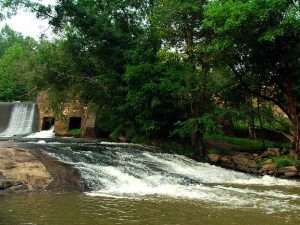 This is a beautiful spot that’s sunny on one side of the river and shady on the other, where visitors can wade and splash or swim while enjoying the scenic property that was donated to the Spartanburg Area Conservancy.

The only remaining covered bridge in South Carolina is here in the Upstate—and as a bonus, there’s a picnic area next to a creek that’s just right for wading and splashing around.

In 1852, this railroad tunnel was begun as part of a route that was to go from Charleston to Knoxville and eventually on to

Cincinnati. Fifteen hundred workers, mostly Irish immigrants, worked twelve hours a day, six days a week using only sledge hammers, hand drills, and black powder to carve out the hard granite from Stumphouse Mountain. It’s been said that the Mountain defeated the Rail Line because in 1859 lack of funds interrupted construction and then the Civil War brought construction to a halt. There were various efforts by the Blue Ridge Railroad to revive the tunnel construction but it never came to fruition.

In the 1950s, a professor at Clemson University realized that the constant fifty-six degrees with 85% humidity conditions of the tunnel were ideal for making blue cheese. They used the tunnel to perfect the curing process for several years before it was moved back to the college.

Today the 1617 foot-long tunnel is one of the most visited sites in South Carolina. It’s considered somewhat of an oddity and a monument to pre-Civil War engineering. When visiting, be sure to take a flashlight as the tunnel is very dark, and don’t disturb the bats overhead. In recent years, there have been some falling rocks near the airshaft so a gate has been installed and you can only go about 50 yards into the tunnel. 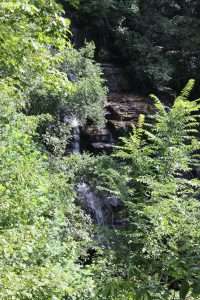 This waterfall is named for a Creek Indian maiden named Issaqueena who had been captured by the Cherokees. She met and fell in love with a white trader named Allan Francis. When she learned that the Cherokee were planning an attack on the fort where her beloved lived, she warned the white settlers. When the Cherokee came after her, Issaqueena saw them coming and, knowing that they believed evil spirits lived in waterfalls, she pretended to jump over the falls but instead she hid on a ledge behind the falls. She remained there until they were gone and it was safe, thus tricking her pursuers.

There is a short, easy walking trail that leads to an overlook where you can view the 200-foot cascading falls.

If you’re feeling adventurous, the Blue Ridge Railroad Trail at Issaqueena Falls is one of the lesser trekked trails in Oconee County. It’s marked by a small sign and yellow trail blazers. The moderately strenuous trail is about 4.5 miles round trip and follows along the railroad grade approach to Stumphouse Tunnel. Be prepared with bug spray as some of the trail is a little overgrown and spiders and ticks are prevalent.

Stumphouse Tunnel and Issaqueena Falls are located about 7 miles Northwest of Walhalla on Highway 28.

The park is maintained by the City of Walhalla and is open daily from 10 a.m. until 5 p.m. except Christmas Day and inclement weather days.

Admission is free. There are outhouse restrooms and picnic tables.