An Anniversary to Remember

by Jeff Brown, VP of Marketing and Sponsorships, Greenville Drive 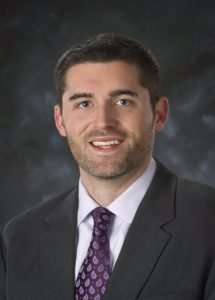 2005 looked like it was going to be a complete strike out for baseball fans in Greenville. The Greenville Braves, our Atlanta Braves affiliate, had just packed up and moved to Pearl, Mississippi. The Braves stadium on Mauldin Road was less than stellar, hardly the type of facility to attract a new team, and so it appeared professional baseball in Greenville was doomed.

And then something happened.

A group of businessmen from outside our community met with Greenville city officials and, after detailed and amicable discussions, agreed to privately build a stadium in downtown Greenville for a Boston Red Sox affiliate. It was to be a perfect example of a private/public partnership working towards a goal that was positive for the entire community. And ownership promised that the stadium would be ready for play in April 2006.

A piece of land was identified downtown in an area that seemed both amenable to and in need of something special. Construction began, and we were off to the races. The private/public partnership was proving cooperative and efficient. Baseball was back in Greenville and it was here to stay! 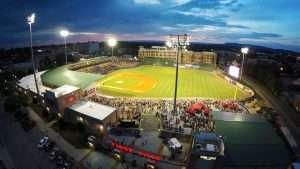 Well, fast forward to 2020, and the Greenville Drive is set to kick off its 15th anniversary season (sometime this year). Nearly five million fans have come through Fluor Field’s gates since that April day in 2006. The Drive has sent dozens of players to the major leagues, some of whom are now wearing World Series rings. We’re credited with helping anchor the revival of the West End of Greenville, our stadium has won prestigious awards, and most of all, we have become Greenville’s front porch, a gathering place for everyone in the community to come and enjoy a comfortable family atmosphere with good, affordable food and drinks, fresh air, a baseball game, and the wonderful company of thousands of other members of the Upstate family.

Beyond that, the Drive has become an integral part of the community, through our philanthropy and our many game nights dedicated to regional, economic, and educational initiatives, as well as the business community, local heroes, and our students. The Drive has taken its responsibility as a neighbor seriously, and we always will.

Fifteen years! It has flown by like a 400-foot Big Papi home run. And though this year is… how shall I put this…a little different than years in the past, we know it’s just a matter of time before we can all gather again at Fluor Field and enjoy a beautiful evening of baseball, beer, hot dogs, ice cream, kids’ laughter, and that warm breeze that reminds us all of how lucky we are to live where we live.

Our fans, and indeed the entire Upstate community has been enormously loyal to the Greenville Drive and for that, we are very grateful. We hope that as America and the world vanquishes this virus, our fans will return in droves, proving once again that ours is a community of resolve, unity and goodwill. 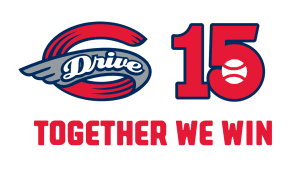 Make sure to check out our special 15th Anniversary Season mini-series on YouTube to relive some of the back-story & our favorite memories since the Drive first came to Greenville.

We began saying it last year, and it’s never been more true now: