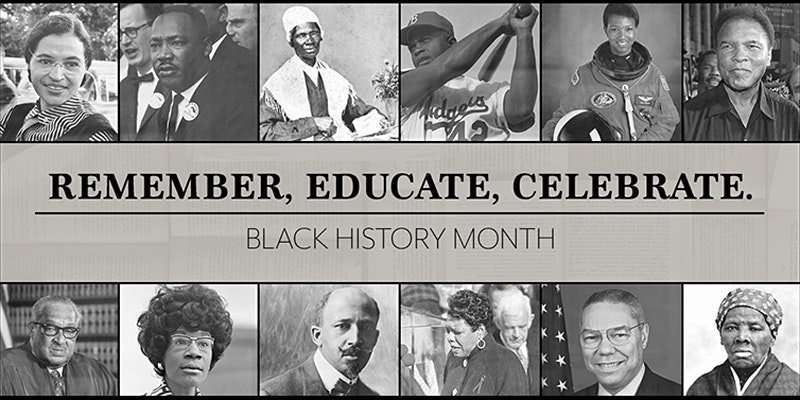 We’re halfway through Black History Month, but there are still plenty of events across the Upstate celebrating the achievements of our African American citizens, bringing to light little-known pieces of history, and not shying away from the fact that there is still work to be done to achieve racial equity.

As part of Black History Month, Greenville News is commemorating the 50th anniversary of school desegregation in Greenville County through February 17th with a series of articles that you should definitely check out for a variety of perspectives on that momentous occasion. 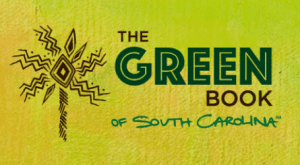 Aside from events that are happening this month, the South Carolina Office of Tourism offers the Green Book of South Carolina, created by the S.C. African American Heritage Commission, with more than 300 African American heritage sites across the state, from historic churches and schools to museums and historic districts. Users can search by category, by map, or by a list of locations, or they can choose themed tours.

Here in the Upstate, there are plenty of heritage sites listed in the Green Book of SC, but a couple that are definitely worth a visit are the Bertha Lee Strickland Cultural Museum in Seneca and the Benjamin Mays Historic Site in Greenwood. 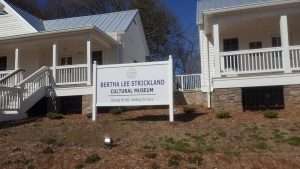 Completed in 2015, the Bertha Lee Strickland Cultural Museum, named for the woman whose property was purchased for the museum, was conceived to tell the story of African Americans in Oconee County and around South Carolina. The motto of the museum is “Honoring the Past—Elevating the Future,” and the mission, in part, is to “honor the lives, accomplishments, contributions, diversity, and struggles of African Americans and their ancestors.”

The current exhibit at the museum is “521 All-Stars: A Championship Story of Baseball and Community,” based on the book of the same name, chronicling the Gamecock baseball league of Rembert, SC, made up of African American players. (For more about black baseball leagues, check out The Other Boys of Summer, a film that is being screened in various locations in Spartanburg on February 17th-18th.) 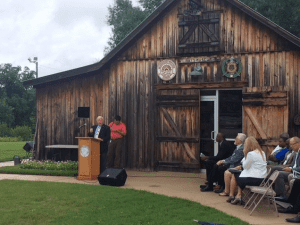 Benjamin Mays, the 6th president of HBCU Morehouse College, was born to sharecroppers in Epworth, in southern Greenwood County. From those humble beginnings, he went on not only to a career in higher education, but also to distinguish himself as a Civil Rights leader. His childhood home was moved from Epworth to Greenwood, where it is part of the Benjamin E. Mays Historic Preservation Site. The other buildings on the site include a museum with photographs and collections of Mays’ writings and speeches and the original Burns Springs one-room African American school, also from Epworth.

Check out our calendar for more Black History Month events across the Upstate!

Ten at the Top to Host Pique 2020: An Upstate Young Professional Conference on March 23rd

Ten at the Top’s (TATT) signature young professional event, Pique, will be held on March 23rd at the Huguenot Mill and Loft in downtown Greenville, with

ScanSource as the presenting sponsor. The event focuses on connecting young professionals across the Upstate, giving them opportunities to network as well as to hear from experts on topics that are relevant to their working lives.

In this 5th year of Pique, the program will feature 3 breakout panel sessions along with executive roundtables, a LinkedIn Lounge, and keynote speaker Sallie Holder. Additionally, there will be plenty of opportunity for networking, sharing ideas, and discussion of future collaboration.

During each of three breakout sessions, attendees will have four choices: one of two panel sessions, the executive roundtables, or the LinkedIn Lounge, sponsored by AFL, where they will have an opportunity to have a professional headshot done.

There will be three panels, each running twice to give attendees the option of hearing them all if they choose. The first, “Negotiating Your Best Career,” will focus on knowing what to ask for in order to achieve professional goals; in the second, “Community Engagement: Building Your Career Outside of Your Office,” panelists will talk about how community engagement can help you become a well-rounded and outward-thinking individual; and the third, “Conflict Management: Effective Communication for a Peaceful Workplace” touches on a topic that can be challenging at any age.

For many young leaders who want to make an impact on their local community, one major barrier is having access to current decision makers who are helping shape the region. Pique hopes to foster collaboration and bridge the gaps between young professionals and the Upstate’s top executives through the executive roundtables that have been a very popular feature of past Pique events. 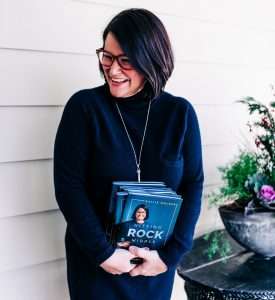 Local author Sallie Holder will be the keynote speaker. Her book, Rock Middle: The Roadmap from Empty Success to True Fulfillment, was released in January, and copies will be available for sale at the event.

A graduate of Vanderbilt University and the University of South Carolina Law School, Holder previously served as an attorney at Ogletree Deakins Law Firm and lives in Greenville. She coined the phrase “Hitting Rock Middle™” and the revolutionary BE BOLDER strategy to help people create their biggest, boldest, most successful careers. In addition to her recently released book, Sallie is a dynamic speaker who leaves audiences with the tools they need to make the changes they desire. She’s an expert on leadership, teams, change management, mindset, and motivation.

Following her talk, attendees will head to the reception, which will once again be catered by Cribbs Catering.

Registration and networking begin at 1:00 p.m. on Monday, March 23rd, at Huguenot Mill and Loft (101 West Broad Street, Greenville, SC 29601), with the event beginning at 2:00 p.m. The reception will begin at approximately 5:30 p.m. Tickets are $25 and can be purchased here; click here for complete information. Contact Sharon Purvis at spurvis@tenatthetop.org with any questions.

For the second time in four years, Due West Robotics is sending a team to the FIRST Robotics world championships, where teams from more than 70

countries will compete for the title. When I wrote about the first team in 2017, I interviewed Charles Angel, who was then the mayor of Due West, over the phone. This time, I went to Due West to meet Angel and the team, see the robot, and hear their presentations about their designs.

The idea of the robotics program in Due West was born in 2011, when Angel’s son Ethan got a LEGO Mindstorms kit for Christmas and got hooked on robotics. That summer, Angel took Ethan and some friends to a robotics camp at Clemson, where he met a couple of FIRST Robotics coaches. They encouraged him to start a team, and even though there were naysayers who said kids from Due West (population 1,247) wouldn’t be able to compete with kids from Greenville and Columbia and Charleston, he started. 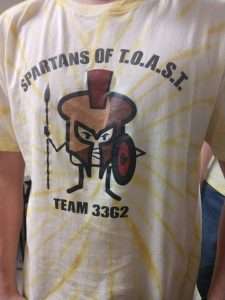 The naysayers, needless to say, were wrong. Due West Robotics fielded a state-championship team, Tornado of Ideas, in 2017, and this year, the Spartans of TOAST team came out on top of more than 300 teams in South Carolina and will head to Houston for the world championship in April.

Each year, FIRST Robotics announces a theme for the challenge, and this year’s theme is City Shapers. For the FIRST LEGO League teams like Spartans of TOAST, here are two pieces of the challenge: one is to design a robot that can perform a series of missions that relate to the topic. All teams receive a mat with graphics printed on it so that they are all practicing the same missions and judged on identical tasks.

The second piece is to come up with an invention that addresses a challenge related to the topic and design a prototype. The Spartans of TOAST decided to take on an outbreak of hepatitis A in the state, creating a dry hand sanitizer to kill germs that spread the disease. They call their invention the “Germ Toaster”—which led them to their team name (TOAST is also an acronym for “to obtain anything, start thinking”). 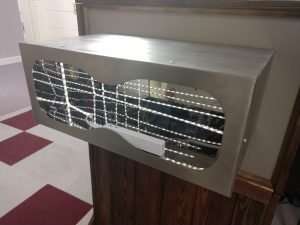 for the germ-killing UVC lights, which will be in the working prototype. UVC lights have been used to sanitize instruments and rooms in medical settings, but their invention is unique in that it directly sanitizes the skin, Jackson Dunn told me. Team members Georgia Wojtkowski, David Clarke, and Zackery Humphrey filled in more details about the device—including the fact that the team is currently working on filing a patent on it, with guidance from physician and inventor of multiple medical devices, Dr. Jeff Deal out of Charleston, SC.

After the Germ Toaster presentation, I got to see the robot—named Flower Power in honor of the late Dr. Woodie Flowers, a professor of mechanical engineering at MIT, who died in October of 2019. Flowers specialized in engineering design and product development, so it is a fitting tribute.

The robot’s performance while I was watching had some hiccups, but the team explained to me how it should have worked if all went perfectly. “So,” I asked them, “when you were at the state tournament, did it all run like clockwork?”

There was a pause, some sheepish grins, and then someone said, “That’s a firm no. We messed up a lot.”

Angel said, “This is your overcoming story, right?” 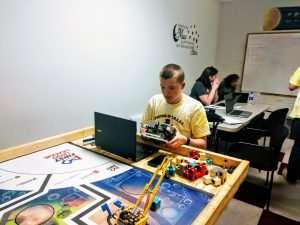 Overcome they did. After the first round, the Spartans were in last place, and a couple of team members skipped lunch to try to work on what went wrong the robot. Before the second run, one of the team members said to Angel, “Mr. Charles, we could go from last place to first place right now!”

They didn’t—they ended up 6th in the mission challenge. But the competition is judged on four criteria: the mission challenge, the invention, a presentation about the design of the robot to a panel of engineers, and another presentation about the team’s core values—which include things like team identity, working together, role delegation, and budgeting. The team excelled in those other three areas, which was enough to put them at the top of the competition.

And now the Spartans of TOAST will take their Germ Toaster, their Flower Power robot, their can-do attitude, and all the skills they’ve learned this year to Houston to see what they can do against teams from all over the world.

Ten at the Top Welcomes New Board Members

Ten at the Top is pleased to announce the addition of 20 new board members for the 2020-2022 term. Many of them (pictured at right) participated in the

TATT New Board Member orientation on January 27th. They join existing members to form the governing board for the 10-county non-profit organization.

New Members to the TATT board are:

The TATT Board of Directors is composed of public, private and civic leaders from across the 10-county Upstate region. TATT board members are charged with representing the region and their community in fostering trust and collaboration across the region on issues of regional significance, serving as an advocate for regional thinking within their specific city or county, assisting TATT in engaging elected officials, business and community leaders, and supporting general organizational functions.