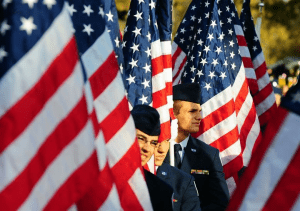 Celebrating Our Independence in the Upstate

Starting this weekend and continuing until next weekend, communities and organizations all over the Upstate are celebrating Independence Day with food, music,

Starting this evening (June 27th), Furman University’s Summer by the Lake Concert Series will present a concert of patriotic music featuring the Greenville Chorale along with the Lakeside Concert Band.

On Saturday, you can head over to Greer for Freedom Blast 2019, which is an extravaganza of Independence Day activities, with a military tribute, a kids zone, plenty of food and music, and sky diving! Truly something for everyone at this Greer tradition. 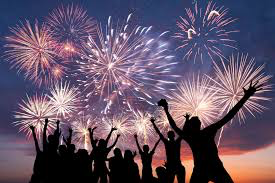 Greenwood’s Festival of Flowers closes out on July 2nd with a Musical Salute to America by the 246 Army Band at the Greenwood County Veterans Center.

Clemsonfest, on the 3rd, has plenty of family fun during the day, and then in the evening, music and fireworks will ring in July 4th.

On the morning of the 4th, lace up your running shoes for the Greenville Track Club’s Red, White and Blue Shoes 5K, which raises money for the Blue Shoes track scholarship program.

Hillbilly Day, one of the oldest festivals in the state, doesn’t have any fireworks on the 4th, but plenty of clogging, bluegrass music, crafts, old-time games, and food. Head on over to Mountain Rest for an old-timey good time!

The FR8yard in Spartanburg celebrates America’s birthday with the GR8 American Throwdown, where proceeds benefit the Hub City Animal Project. In addition to 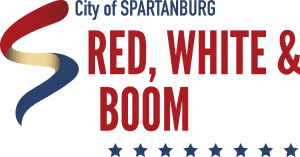 fireworks, there will be ping pong and cornhole tournaments, a “patriotic pup” contest, and pop-up pools to beat the heat. 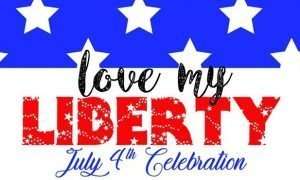 And Liberty, whose town name is just begging for a July 4th celebration, has Love My Liberty, where the hotdogs, children’s activities, inflatables, and live music are all free. Greenville, Spartanburg, and Seneca also have their annual 4th of July fireworks festivities.

Shipwreck Cove in Duncan will have free swimming and fireworks from 6:30 to 10:00 p.m., perfect for the hot weather!

Mauldin’s Beachin’ Fridays keeps the festivities going on the 5th, with the 246 Army Band and Fireworks Show, and Cowpens National Battlefield closes out the week on a historical note with its Celebration of Freedom event on the 6th.

Have we left out your Independence Day event? Tell us about it on our Facebook page—and you can always add your events to our calendar! 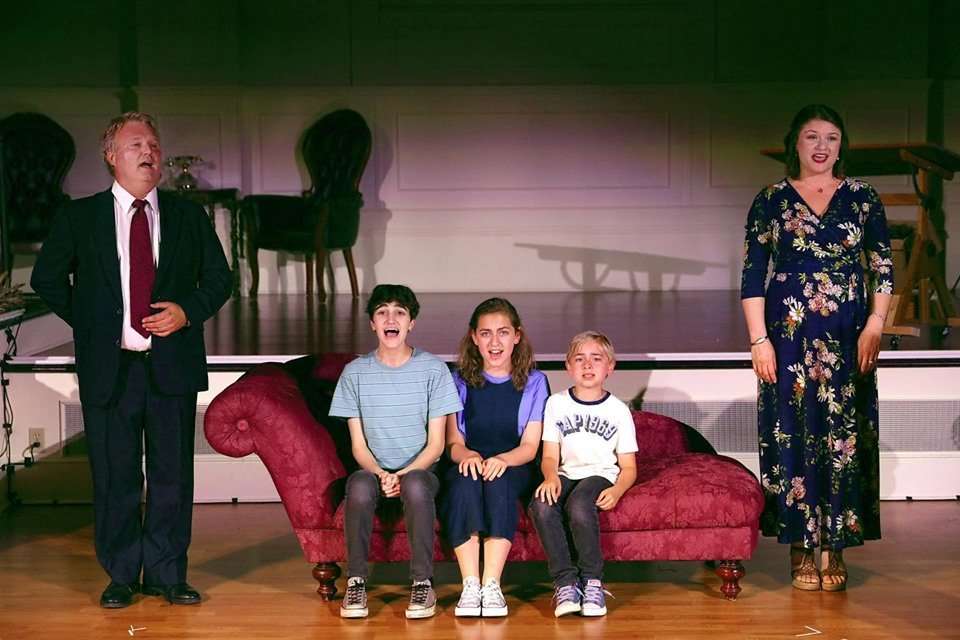 Small Town, Big Talent—Get In on the Act!

Broadway theater in New York City is the pinnacle of success for stage actors who dream of making it big—and there’s no doubt that seeing one of those big city productions is an unforgettable experience. The closest thing to that around here is the 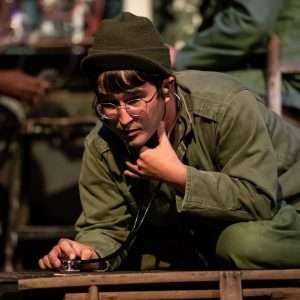 traveling Broadway shows at the Peace Center, and those shows are worth seeing if you can get tickets.

Those actors and actresses decided to pursue acting for a living, which is a choice that comes with a lot of sacrifice—there’s no question about that. But there are talented people who stayed in their own communities, too, making different choices but not losing their talent.

For every famous actor or singer who says they got their start singing in their church choir or doing school theater, there are a hundred more who still sing and act beautifully while being teachers and car salesmen and nurses and stay-at-home moms by day. And a lot of those people are acting in plays and musicals right here in the Upstate, giving some really remarkable performances. 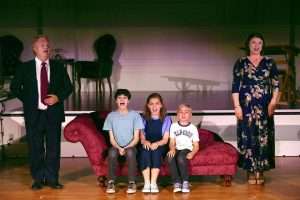 I went to see Fun Home put on by the Proud Mary Theatre Company last weekend, which performs in a small space in the West Main Artists’ Co-op in Spartanburg—and in front of a crowd of 50 people or so, the cast performed their lines and songs with every bit as much emotion and nuance as they would have in front of a packed house at a larger theater. Dean, our executive director, took his daughter to see M*A*S*H at the Abbeville Opera House, and they were pulled into the characters’ story as much as they would have been with a traveling Broadway show. My husband, who never thought he would enjoy a musical play, now is the one to suggest that we go see the latest offering at the Spartanburg Little Theatre. And there are lots of other theaters in towns all over our ten counties putting on great shows. 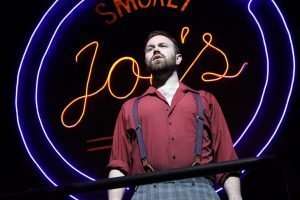 Supporting local theater keeps the arts alive in your community. It’s an affordable evening out. You may see someone you know in a production and get to see a different side of a neighbor or co-worker. You might even be inspired to join the cast or crew yourself! There are a lot of plays listed on our calendar, so why not go check one out this weekend? 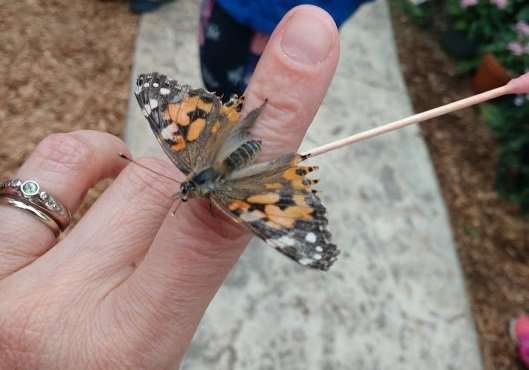 Go on a Butterfly Adventure at Roper Mountain Science Center!

Roper Mountain Science Center is a great place to visit no matter when you go, but if you go now through July 12th, there’s a treat in store for you—the Butterfly 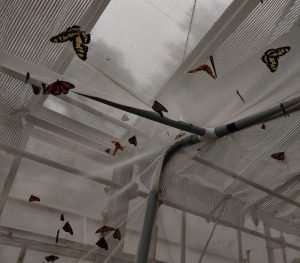 Adventure, now in its 4th year.

As you enter the natural rainforest habitat area, which is now covered in netting, you’ll receive a “magic wand”—a cotton swab dipped in red Gatorade—to attract the butterflies. There are hundreds of butterflies of several species native to our region, along with plants that are brought in specially for the species of butterflies to feed on, rest on, lay eggs on, and do what butterflies do. 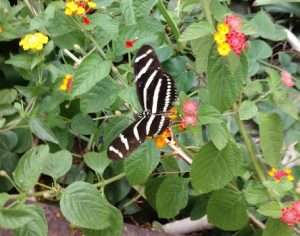 After you leave the netted area (making sure you’re not taking any butterflies with you on your clothes), you’ll enter the Rainforest Classroom, which right now is full of glass tanks and netted enclosures where all manner of caterpillars, cocoons, and moths and butterflies are in various stages of metamorphosis—all presided over by Anne Howell, the “butterfly lady,” who breeds a lot of the butterflies for the exhibit and is happy to pass along her knowledge to visitors young and old. 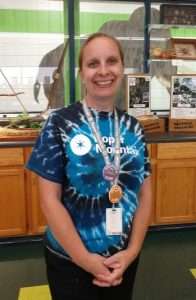 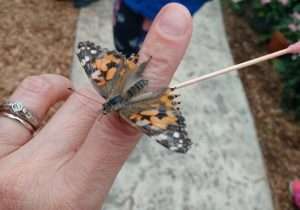 And, of course, year-round, the butterfly garden outside of Harrison Hall contains plants that attract butterflies and bees. In 2002, it was certified as a National Wildlife Federation Schoolyard Habitat.

While you’re there, you’ll want to explore the rest of the Harrison Hall of Natural Science, the nature trails, living history farm, and much more. 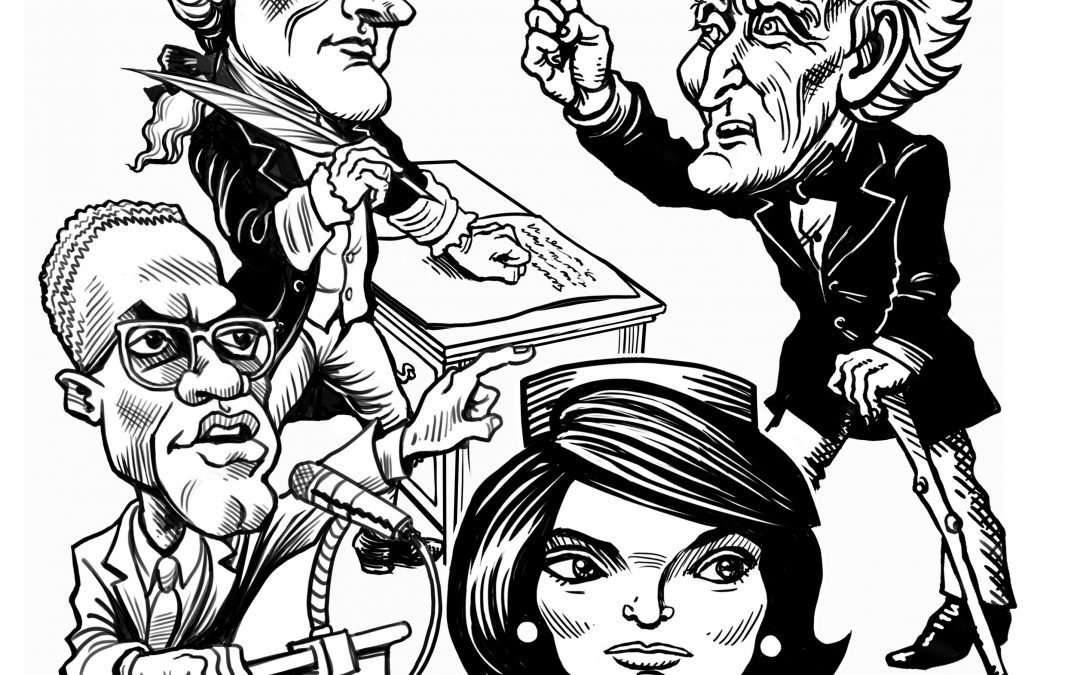 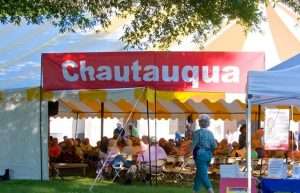 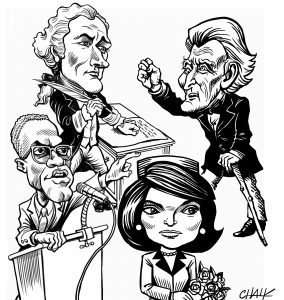 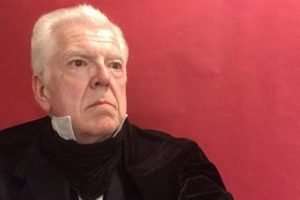 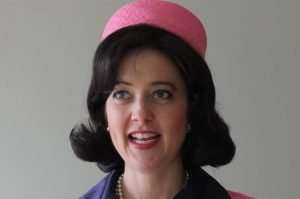 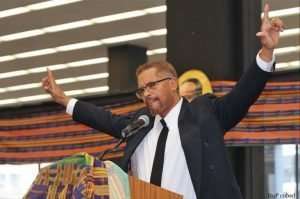 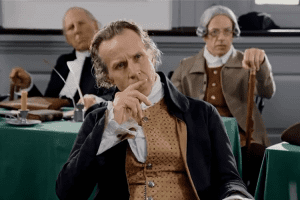